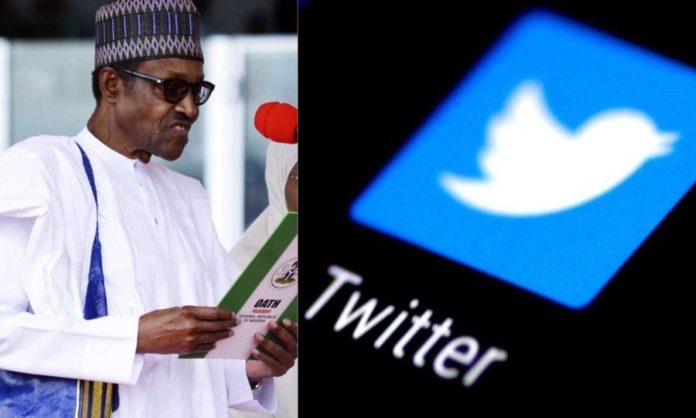 The Federal Government has been advised to take measures against anyone who uses Twitter to disparage Nigeria or shows it to the world as a lawless country.

The President of the Amalgamated National Traders Union, Dr Bature AbdulAziz, speaking in Kano, said it was high time President Muhammadu Buhari sits up against those who see Nigeria as a lawless country.

“In the first place, I will like to congratulate the government for standing doggedly against Twitter after suspending its operations, until they agreed to accept all terms and regulations placed on it by the authorities”.

“I want to believe that the government would not jettison its harsh position on the social media, not only Twitter but all of them and as well any Nigerian who continues to join the bandwagon of attacking the nation.

The traders’ President advised Nigerians to do all they can to keep the nation as one, saying “there is no better nation than Nigeria, and its unity and harmonious existence should not be toyed with”

He also urged the government to act on the high cost of Data in Nigeria, he said the GSM companies should be made to understand that apart from profits makings, they have a duty to support citizens considering the state of the economy.

“I want to see the Nigeria Communication Commission, NCC doing more on this issue of Data because Nigerians are paying more with little incomes they are getting”.