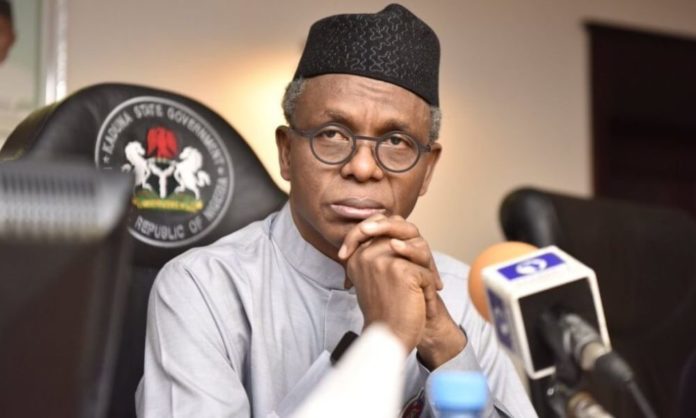 Dr. Reuben Atabo (SAN) Counsel to Umma Investment Limited in a case of a land being taken over allegedly without due process of law against Governor Nasir El-Rufai of Kaduna State and others, has said that the Defendants had sought for ” out of court settlement” .

The SAN who was represented by Joshua Daniel Rimven Esq said the case before Justice Hannatu Balogun has been adjourned June 23 ,2022 for final report of settlement

Rimven told journalists on Monday at a State High Court Kaduna after a court session, that the Plaintiff was against the Governor of Kaduna State who was the first Defendant in the matter.

“The second Defendant is the Attorney General and Commissioner of Justice Kaduna State, the Olams Grains Company Ltd, then Crown Flour Mills Ltd and Ilella Construction Co. Ltd,” he said.

“I’m for the Plaintiff, Umma Investment Limited. The matter came up in court today (Monday) ,normally it supposed to be for the report of settlement… hearing. However, the parties are discussing settlement out of court,” he said.

According to him, “the case is still ongoing uptil now, that’s why the matter today, was adjourned to the 23rd of June 2022 for final report of settlement. If there is no settlement, the case will go into hearing,” he said.

He said the case was all about the land that ‘was taken over by the government from Umma Investment along the Abuja-Kaduna expressway, where the Olam firm was situated.