The Joint National Association of Persons with Disability (PLWDS), Abia state chapter has commended the people of Umuezereola, Umuawa-Alaocha autonomous community, Ohuhu in Umuahia North Local Government Area of Abia State for selecting one of her members as their traditional ruler.

The community recently selected Eze Anthony Ohaeria, a deaf, as their traditional ruler to replace his late father and has since been given staff of office by the state government.

Abia State chairman of the association, Wisdom Okechukwu Kalu made the commendation when they paid a thank you visit to the community.

He appealed to those who may be aggrieved over the selection of their member as the traditional ruler, to swallow their anger and give him the needed support.

He noted that the community stepped above the boundary of discrimination and marginalisation to recognize the potential in the new traditional ruler.

The woman leader of the group, Princess Ngozi Nwaguru said the disabled community received the news with joy, adding that disability is not inability but a special package made by God.

Nwaguru saluted the courage of communities who entrust their members with leadership positions.

He said they have set the pace for others to emulate, adding that there is ability in disability which he said formed the basis they chose their new traditional ruler.

A community leader, Chief Dickson Ohaeri who doubles as the oldest man in Eziukwu Ohaeri family, noted that the community has many disabled persons doing well even abroad like the traditional ruler.

He informed that the traditional ruler in question schooled abroad and has received staff of office by the Abia State government, disclosing that he was selected to replace his late father who he said served the community well while alive. 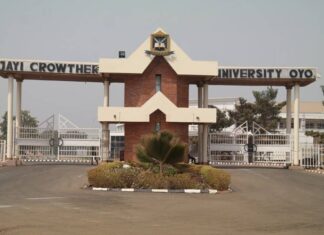