The Interim Administrator of the Presidential Amnesty Programme (PAP), Col. Milland Dixon Dikio (rtd), has appealed to stakeholders in the Niger Delta to work for peaceful and violence-free 2023 general elections.

He spoke in Port Harcourt, Rivers State capital, at the weekend, on the sidelines of an event highlighting the contents of a recently published book titled GASP written by Theresa Ebi Tobuyei.

The event, which also had in attendance authors, scholars and lovers of literature, was a conversation on the book drawn from everyday realties of the adverse effect of violence on both the direct perpetuators of the act as well as the victims too.

Dikio, who was represented by his Special Adviser on Research and Documentation, Mr. Wilfred Musa, said the moral lessons of the book were profound and demonstrated how the scars of violence are deeper than the eye can see.

He added that GASP utilised compelling storyline medium to shed light on the “bushfire” effects of violence among Niger Delta communities and people.

He said: “The Presidential Amnesty Programme has at the core of its vision and mission, the desire to explore both traditional and conventional mediums in constantly promoting initiatives that foster peace and ethnic harmony in the Niger Delta.

“This is the reason the PAP has chosen to identify with the GASP literature project. This was further demonstrated by the purchase of 250 copies of the book for donation to select groups and public libraries in the Niger Delta.”

The author of GASP, Tobuyei, said no one ever remained the same after any crisis and expressed the hope that the 265-page book would help spread the message of the value of peace, anti-war and unity, particularly in the Niger Delta region. 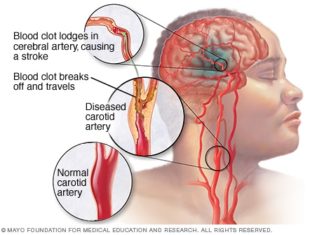