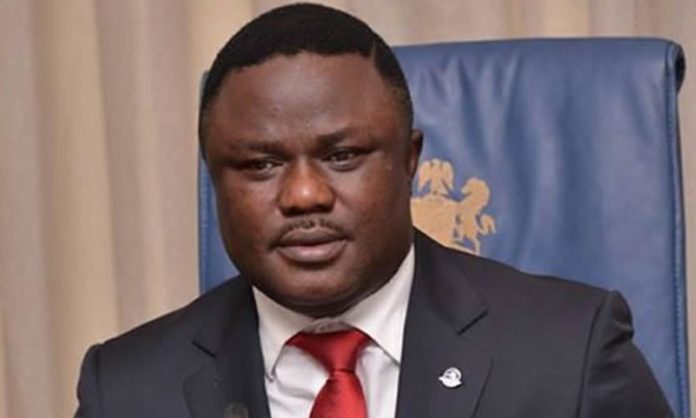 A human rights activist and legal luminary, Barr James Ibor, has alleged that Governor Ben Ayade of Cross River State ordered his personal aides on security to manhandle him, some journalists and others.

Addressing newsmen in Calabar, the state capital, Barr Ibor stressed how he and others were beaten on Saturday during a peaceful protest to mark Democracy Day.

He alleged that when Ayade’s convoy arrived where they were distributing flyers to people, his aides ordered them to run but they refused, hence the beating.

DAILY POST gathered that the protesters were at the newspaper office where they had assembled with placards alongside human rights activists led by Barrister James Ibor to mark the June 12 Democracy Day.

He said they held a series of meetings with the state Commissioner of Police, Sikiru Akande, who approved of the protest but advised them to cancel the Freedom Park venue they intended to use and rather use the front premises of an online newspaper’s office.

“The Commissioner of Police sent a team of policemen numbering about 50 to stay with them alongside men of the DSS. We were very peaceful as we chanted our songs and shared leaflets which were purely demanding for good governance both at state and federal levels. Nothing more.,” he said.

“The policemen and DSS operatives can attest to this. The deputy commissioner of police and other senior officers were standing beside me.

“Suddenly the governor’s long convoy stopped by. His personal security details and some appointees jumped out from the convoy, and moved quickly towards us. They demanded that we run away for our lives. We said we were not going to run.

“The DSS and policemen told them that they were fully in charge of the situation because the CP had approved but the governor’s aides would hear nothing of the sort.

“They tear gassed us. Some of them with masks punched us. You can see these bruises over my face, my shirt was torn. I was kicked and slapped and pushed into the gutter. Agba Jalingo and two other journalists who also came to monitor the peaceful protest, suffered the same fate.”

Ibor who is principal counsel to Basic Rights Initiative and chairman of Child Protection Network said he will definitely proceed to the court to seek justice.

Chief Press Secretary to the Governor, Christian Ita denied that the governor was present in the said convoy and doubted if it was the Ayade’s convoy.

He reminded that the governor had issued a directive, warning against any forms of public protest.