The sleepy Ihima community in Okehi Local Government, Kogi State, was recently ignited as prominent indigenes from far and near converge to paint the community red. The occasion also attracted prominent business and political actors including governor Yahaya Bello and some members of the National Assembly.

The event was organised by the Ihima Welfare Association (IWA) to raise fund for the completion of Ihima ultra modern civic centre. It is to serve as a rallying point and a unity house where issues bordering on the progress of the community can be discussed. It is also a place where social activities aimed at uniting the Ebira people can be held.

Mr Yusuf Itopa, of the Graphic Newspaper and chairman, Publicity Committee told Daily Sun: “Ihima- a linear town of approximately 300,000 people is a major district in Okehi LG which had the first western education in the entire Ebira land due to its multilingual setting because of its early contact with the Yoruba people of the West

“This has placed her at an advantage far above other Ebira communities because multi-lingualism also means multi-civilisation and rigorous thinking. Thus, Ihima is the first to have a community association,

first to have a community secondary school and it’s respected and adored by other Ebira for its spiritual wholeness as the place where the mother of Ebira was buried.”

Governor Bello  promised his continuous support to promote cultural integration and practices among the people and communities to ensure sustainable development: “This administration will not relent in supporting projects and programmes that would impact positively on the lives of the people.” He praised the community for initiating the project. He was represented by the Director General, Government House Administration, Dr Shuaibu Oricha.

He said culture when effectively harnessed remained a veritable tool for peace, unity, progress and development: “I am appealing to you all to always key yourselves in any national project that can benefit the people and the state. The conduct of census is very vital to any community and I urge you to participate actively when the time comes.”

National President, IWA, Chief Joseph Adinoyi Anivasa, said the association constructed Ihima Community Science secondary School, Central Market, Oboroke and a befitting hospital in Ikuehi: “The civic centre will serve as a rallying point for the Ihima people in the promotion of unity and cultural values in Ebiraland. It is capable of accommodating over 2,000 people and can hold all forms of events.”

He lauded Commissioner for Local Government and Chieftaincy Affairs, Mr Salami Ozigi-Deedat, for helping the community to mobilise resources for the success of the programme. He promised that the proceeds of the launching would be used judiciously for the completion of the civic centre

The commissioner pledged continued support of the Ihima people to government. He appreciated Bello for restoring peace that eluded the community before the coming of this administration.

The chief launcher, Senator Yakubu Hussein, Kogi Central, said: “We cannot handle Ihima with levity. It is where the mother of Ebira was buried. We will continue to respect and honour the people of Ihima.” 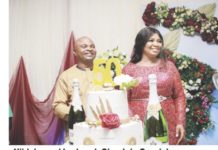 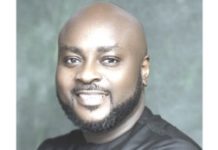 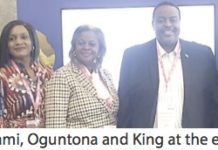