In the beginning, God said, Let their be light: and there was light. But the story is different in Ebonyi State.

Take this: The people of Afikpo North Local Government Area of Ebonyi State, comprising about 10 autonomous communities, have been subjected to power outage for nearly two decades by the defunct Power Holding Company of Nigeria (PHCN) and the Enugu Electricity Distribution Company (EEDC).

In fact, life has been hellish in Afikpo, Ebonyi’s second largest town after Abakaliki, the state capital. Artisans and other small businesses have been stunted or their operators forced to make do with generators at heavy cost. Hotels and leisure spots depend wholly on generators, as public power supply has been almost non-existent in the entire five local government areas of Ebonyi South Senatorial District for a long time.

A former president of Afikpo North youths, Jesse Ogbonnia Oko, told Daily Sun that the problem started over 18 years ago. He said his group, Good Heart Foundation for the Less Privileged, and other like minds began to work on how to salvage the situation since 2009.

He recalled that some people from the area, through his non-governmental organisation, had written to former President Umaru Yar’Adua over the plight of Afikpo residents. The letter was also copied the then Minister of Power. The effort elicited a reply from the then minister, who sent a letter dated October 22, 2009, directing PHCN officials to restore electricity in Afikpo North LGA.

Regrettably, he said: “In spite of the directive from the minister of power, nothing was done until the firm, EEDC, inherited our requests and the struggle continued.

“In addition to our effort, Esaa Council of Afikpo North and other stakeholders had tried too but all to no avail.”

In furtherance of its struggle to rectify the situation, the NGO equally petitioned President Muhammadu Buhari, the Minister of Power and Steel, the National Electricity Regulatory Commission (NERC) and the National Assembly over the same matter.

With the support of their House of Representatives member, Idu Igariwey, the petitioners were invited to the National Assembly on February 27, 2020, where they interacted with NERC, EEDC and another establishment and, in the long run, an agreement was reached. But Oko alleged that the EEDC officials, in their defiance, did not comply with the arrangement.

Narrating their ordeal, he said: “In the course of the struggle, we had appeared before the House of Representatives Committee on Public Petitions consecutively six times and on February 26, 2020, the lawmakers issued authoritative instruction that the company should as a matter of urgency restore light at Afikpo North LGA.

“Based on the development, the officials hurriedly came and fixed the electricity in a manner believed to be a mere propaganda because the restoration did not last beyond one week.”

Oko further said he was astonished that even without supplying them electricity, EEDC officials had written to his organisation in January 2020 requesting that the intending consumers of electricity in the area should be informed to start paying bills.

“I am still imaging how one who is sitting in the comfort of his office will mandate Afikpo people to start payment of electricity bill, which they did not use,” he said.

The former youth president explained that they had, among other things, requested the EEDC to relocate the electricity poles from the swampy areas to the roadsides for easy access and to reconnect Afikpo North to the Abakaliki line through Abaomege, which was the original source of electricity for the area.

Their prayers included changing the wooden electric poles to concrete poles and a call on the state government and other relevant agencies to look into the people’s plight.

“Afikpo is a ghost town without electricity and, based on this, I am calling on the powers that be to expedite action towards the restoration of light,” he appealed.

A former member of Ebonyi State House of Assembly, Maria Nwachi, popularly called Afikpo Chic, had made the struggle to reconnect the town to the grid her life.

The agitation further endeared her to the people as she campaigned for the position in 2014/2015, even as she was said to have cleared some outstanding electricity bills of the community.

In fact, as a lawmaker, Nwachi had led public protests against the EEDC, which made her have some brushes with security agencies.

Not leaving anything to chance, the member representing Afikpo North/Afikpo South Federal Constituency, Igariwey, also instituted a legal action seeking N100 million in claims against the EEDC for refusing to provide his constituents with power.

The lawmaker said he had spent millions of naira on diesel to power his electricity plant because of zero supply in the area by the distribution company. He noted that because the power outage had lasted years, he gathered all the receipts for the purchase of the diesel and tendered them before the law court as exhibit.

Igariwey, who disclosed this at Ukpa, Afikpo, while briefing his constituents on his activities in the National Assembly, however, regretted that the suit had suffered setbacks because of other official assignments involving the presiding judge. But he vowed to pursue the matter to a logical conclusion.

The federal legislator explained that he had provided electricity transformers to some communities of the constituency and advised EEDC to live to its responsibility by supplying them with power.

He described the power company as incompetent and wondered why the Federal Government had not revoked its license.

“As I speak now, EEDC and I are in the law court and why the case has suffered setbacks is simply because the judge went for an election duty at Port Harcourt, at a time. I even sued them for N100m over deprivations, which I have suffered as a result of their service.

“In this case, I took up the issue at the floor of parliament through a petition that was written against the company, and its officials have been invited for more than 10 times and I have sponsored those trips privately for them to come and explain.

“It is now clear to everyone that EEDC saddled with the mandate of supplying electricity to Afikpo people and the entire South East is not living up to expectations.

“Some days ago, windstorm felled electricity poles along Mgbom-Unwana Road but, till the time of this briefing, nothing has been done about those poles lying on the ground. No responsible organisation or individual will allow his belongings scattered on the ground without putting them in order,” he said.

Daily Sun observed that there was a lot of documentary evidence regarding the yearnings of Afikpo people and their claims against EEDC.

Reacting, a lecturer from the area, Dr. Lawrence Egwu, attributed the situation to what he called the unconcerned attitude of the government and lack of commitment on the part of the distribution company.

“It is the responsibility of the government to provide people with social amenities, in which electricity is one of them. The fallen electricity poles had been there for months and even years but the officials would have by now kept on issuing bills to us, if not that they were confronted by some persons sometime ago,” Egwu said.

Ogbonnaya Ude, a power engineer, who was Ebonyi State Commissioner for Power, explained why power supply has been epileptic in the southern part of the state.

He attributed the situation to damaged cables, obstructions by forest trees, rain, rivers, vandalism of equipment and sudden breakdown of power distribution equipment. He said these were the major causes of blackout in the zone.

Ude, a former general manager of TCN, said: “There was a 33KVA single line coming from Abakaliki, passing through Onueke, Abaomege, Akpoha, Amasiri, Afikpo North and South. Many years ago, there were collapses. The old lines were built with wooden poles and they passed through forests and were burnt down by farmers and hunters. Even the wind played its own part in bringing down the poles, apart from human beings who hate to see others happy. This set of human beings or vandals stole electricity equipment, like wires, conductors and others from the fallen poles. Also, with privatisation, electricity distribution is now a private business and the Enugu Electricity Distribution Company have their financial problems and have not been able to rehabilitate that line. That’s why we have that problem of steady power supply. The only source of electricity to Ebonyi South is from Nkalagu. There is a feeder that goes from Nkalagu through Agba, Ishielu, Ohaozara, Oshiri, Onicha, Okposi, Uburu, Amasiri, Afikpo, Unwana, Ogbu and other places. It is not as if the line goes straight; in fact, it branches off like a cobweb to all the places I mentioned above from Agba. However, it has a single source feeding the entire net.”

Meanwhile, in a bid to find a permanent solution to the perennial power problem in the state, Governor David Umahi had on September 7, 2020, led a delegation of some members of his cabinet and National Assembly members from the state on a visit to the then acting managing director of TCN, Sule Abdulaziz.

Umahi, who described the state as having the least presence of electricity infrastructure in the country, lamented that the parlous situation had hindered investment in the state.

He called for the review of contracts of ongoing transmission project in the state while assuring them of the state government’s commitment to the MoU with TCN in respect of the 2x60MVA substation in Amasiri, Afikpo North LGA, which commenced in 2010.

Corporate affairs manager of EEDC, Emeka Eze, told Daily Sun that his organisation was helpless as, according to him, the solution rested squarely on the TCN.

Noting that the efficiency of the Disco was dependent on the generation company (Genco) and the TCN, Eze said the EEDC was presently supplying a part of Afikpo from the Nkalagu line through Ogbu Edda.

“We now have bifurcation of the line network. There is a part that is feeding from Edda (Afikpo South). The other parts are waiting for this TCN project at Amasiri to be completed. About three years ago, we went for a meeting: the governor was there, the TCN representative was there and ourselves. The governor is also interested in seeing that that project is completed so that some other areas, not just Afikpo, will benefit from it. So, the problem is the terrain. It’s a swampy terrain and access to that place is a problem. That’s the major thing and it’s something that is of concern to us too because every time we hear them talk. Once that TCN project is completed, it will ease the whole thing,” Eze enthused.

He lamented that the EEDC was losing revenue as several parts of the area were without coverage, yet there was nothing they could do.

“But if they are now saying that we are billing them for the period they are not connected, that’s a different thing. There’s nobody that will bill you for that period that you are out of supply. But if you look at that thing, they are arrears, accumulated bills. Maybe bills that you have accumulated before now that you are under obligation to settle because you consumed that power and for some reason supply is no more active. The period you are not active, nobody will bill you, but for the period you have consumed, you should pay.”

He further said that Ebonyi South was not alone in the TCN projects, as similar projects are in Anambra State, adding that the company has consistently approached the Federal Government “because once it is completed, that’s where we pick our load from and it makes the whole experience better both for the utilities and for the customers.” 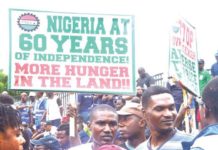 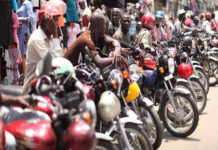