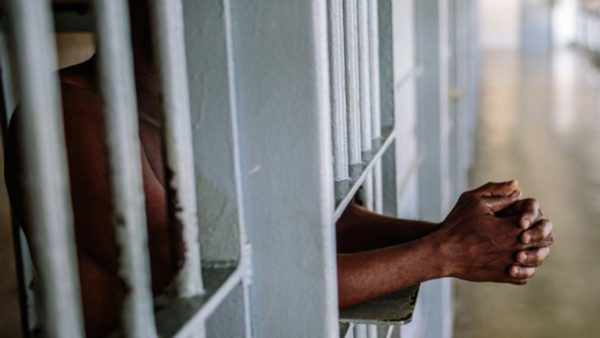 An Ado-Ekiti Magistrates’ Court on Wednesday, ordered that Olanrewaju Seun, 18, be remanded in a correctional centre in Ado-Ekiti for allegedly defiling a three-year-old girl.

The police charged Seun, whose address was not provided with defilement.

The Magistrate, Mr Tomiwa Daramola, did not take the plea of Seun.

Daramola directed the police to return the case file to the Director of Public Prosecution for legal advice.

He adjourned the case until Oct.5.

The police prosecutor, Insp Adejare Elijah, told the court that Seun committed the offence on Aug. 6 in Ado-Ekiti.

The Investigating Police Officer (IPO), Insp Catherine Kefi, briefed the court that the mother of the victim reported the case.

The prosecutor said the offence contravened Section 218 of the Criminal Code, Laws of Ekiti State, 2012.

In related development, a 50-year-old woman, Adeniyi Funmilayo was docked before Magistrate Daramola.

The police prosecutor, Insp Adejare Elijah, told the court that the defendant committed the offence on Aug.10 at about 8 a.m in Ado-Ekiti.

He alleged that the defendant received N50,000 from the parent of  Seun  and concealed the incident of defilement of the three-year-old girl, who was her granddaughter.

He said the offence contravened Section 127 of the Criminal Code, Laws of Ekiti State 2012.

The prosecutor asked the court for an adjournment to enable him study the case file and present his witnesses.

The defendant pleaded not guilty, while her counsel, Mr Chris Omokhafe, urged the court to grant his client bail.

Magistrate Daramola granted bail to the defendant in the sum of N10,000 with one surety in like sum.

He adjourned the case until Oct.20 for hearing (NAN)