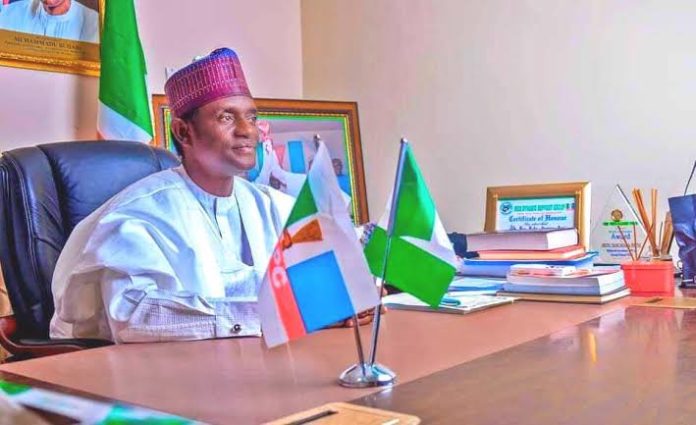 Barring any counter directive from the Presidency, the National Convention of the All Progressives Congress (APC) may be postponed till the middle of  March due to myriads of factors.

To this end, the Progressive Governors Forum (PGF), an umbrella body for governors elected on the APC platform will  meet today  in Abuja to deliberate on a new date that would be acceptable to all party stakeholders.

A chieftain of the ruling party told Daily Sun that clear signal that postponement of the convention is inevitable necessitated the governors’ meeting to “try and resolve grey areas threatening the convention.”

The source further revealed that the progressive governors would, after the meeting, visit President Muhammadu Buhari tomorrow to brief him of their resolutions.

“Honestly, I strongly doubt the possibility of the convention holding this weekend as planned. It is almost practically impossible because of reasons already in the public domain. There has not been any attempt to constitute sub-committees, there has been no resolution on the zoning arrangements, no sale of nomination forms and more disturbingly, there has not been serious information on the side of the party’s national leadership. I can confirm to you that the APC governors will be meeting on Monday night. The agenda of the meeting will be to resolve all those grey areas hampering the convention. They will more importantly agree on a new date for the convention. The governors will also meet with President Buhari on Tuesday not only to brief him on the new developments but also to table before him their resolutions on the way forward.”

An administrative staff at the party’s headquarters confirmed that they were in the dark just like most members of the party.

“There is nothing on ground to show that the convention can take place this weekend. We waited with high hopes for the sale of nomination forms last week, but nothing happened. I don’t believe there will be convention this weekend since there is nothing to indicate that. At least, they have not resolved very important issue of zoning arrangements nor have they set up sub-committees. Therefore, there is every reason to doubt the possibility of the convention holding,” the management staff noted.

Meanwhile, President Buhari is expected to meet with Governors of the All Progressives Congress (APC) on Tuesday at the State House, Abuja.

The meeting which was to hold last Tuesday before it was called off shortly before the President left for  Brussels, Belgium to attend the just concluded EU-AU Summit.

President Buhari is to look at the  national convention of the party fixed for Saturday, February 26, 2022.

According to sources, the date may no longer be feasible as it is less than a week away with no known programme put in place by the party.

The Chairman of the Interim Committee of the party and Governor of Yobe State, Mai Mala Buni is expected at the meeting which will also have 20 other APC Governors in attendance, to table another possible date and other logistics for approval by President Buhari.

APC youths under the umbrella of Progressive Youth Movement (PYM) has petitioned President Buhari, threatening not only a showdown but also to elect a parallel national leadership should the party fail to organise the convention on February 26.

The petition, copied to the APC Caretaker/Extraordinary Convention Planning Committee (CECPC),  and signed by Prince Mustapha Audu, read in part: “Mr. President, we want to inform you that prior to your departure for Belgium, the youth wing of the APC which according to the records are 35 million strong, have come together as one indivisible entity. One of the conditions stated for the reconciliation was the date of the APC National convention which has been slated for February 26, 2022.

“As we write this letter, the schedule released by the CECPC for planning towards the conduct of the convention has all been violated. This includes the February 14-19 sale of form date and return of forms deadline, release of zoning arrangements. There are no known members of any committee setup towards the seamless conduct of the supposed upcoming February 26 APC National Convention.