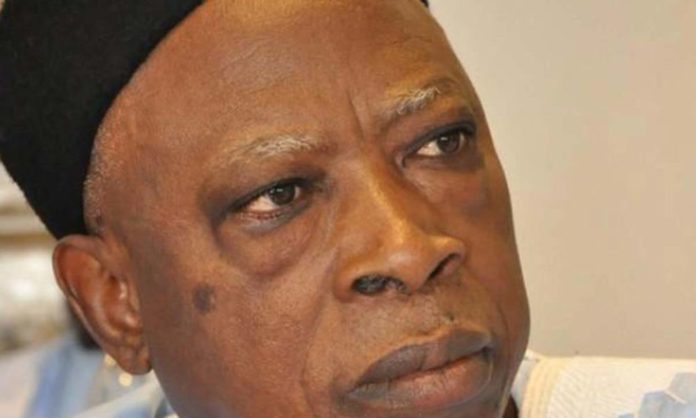 An aspirant for National Chairman of the All Progressives Congress (APC), Mohammed Saidu Etsu, has dismissed report that President Muhammadu Buhari has endorsed Senator Abdullahi Adamu to emerge consensus candidate in the forthcoming National Convention of the party.

He frowned at the report claiming that the president, had at the brief meeting, told some northern governors that the next APC chairman should come from the North Central and that the person should be former governor of Nasarawa state, Senator Abdullahi Adamu.

In a statement he issued on Thursday in Abuja, he equally expressed disappointment at the report that with Buhari’s endorsement, all other aspirants vying for the chairmanship seat were expected to withdraw from the race.

“As a solid contender vying for the APC national chairman from the North-Central part of the country, I will be utterly surprised to see this claim come to light.

“Nobody has communicated me to this effect and if such claims are to hold weight, I strongly believe that the party knows the best channel to reach out to us, as fellow aspirants who are equally qualified for this seat.

“Politics is about people, whether directly or indirectly, nominations and the reaching of consensus for this sensitive position should be a game of numbers. We have over 41 million registered APC members across the country, with a number of them involved in the internal party decision-making process. Most of which, I know that are not aware of this claim.

“In the situation of partisan politics, elections do begin from the political party’s politics. This implies that our party, the ruling APC must take the responsibility of acting as a good ambassador for a fair-hearing internal party politics as well as promoter/custodian of true democracy. This is what I intend to uphold with my ‘Reset Agenda’ when I emerge as the party chairman.

“My co-contestants and I have spent a great deal of resources campaigning and rallying around the 36 of Nigeria for at least a year now. I will categorically state that I am unhesitatingly ready to purchase the party chairmanship form right away, should the sales of forms be rolled out at this point.

“I am therefore calling on the stakeholders to look into the current situation and swiftly react to it because if this is true, we cannot agree to this decision as candidates.

“While we are holding back to hear from the party, this decision remains unacceptable and I beseech the stakeholders to disregard and discontinue this claim,” Etsu charged in the statement.