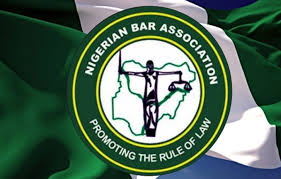 The Nigerian Bar Association, NBA, said it has filed petitions against seven lawyers including a Senior Advocate of Nigeria (SAN) who influenced judges to issue conflicting court orders, especially on political matters, before the Legal Practitioners Disciplinary Committee (LPDC), for judicial misconduct.

The LPDC is a statutory body put in place to take disciplinary action against lawyers accused of professional misconduct.

On its part, the NBA serves as the prosecution in any trial before its panel.

President of the umbrella body of legal practitioners in the country,  Olumide Apata said the seven lawyers were found culpable by its investigate committee.

Speaking at a briefing to herald the Justice Sector Summit slated for Tuesday, Apata said, “some lawyers have been identified to have played roles in conflicting decisions that emanated from different courts recently. They are seven in number, including a Senior Advocate of Nigeria.

We are in the process of filing a petition against them before the LPDC. This is based on our determination to ensure that the system is protected, irrespective of those involved,” Apata added.

The National Judicial Council (NJC), had stopped three high court judges from getting promotion for periods ranging from two to five years, after the body found them guilty of issuing conflicting ex-parte orders.

Meanwhile, the NBA has expressed the need for a review of the process for the appointment of judges while noting that the present process for selection of those to be appointed as judicial officers, is flawed.

The NBA believes that there is something not right about the way we appoint judges. The process is not rigorous or robust enough. We cannot expect such process to be beneficial to the Judiciary.

“We have sent our recommendation to the NJC regarding how we think that the process should be structured to become better and more efficient.

“The process needs to be standardized. While some states subject candidates to examinations, others don’t.

“We have passed the era when someone will sit down in the comfort of his chamber and decide who should be appointed as a judge.

“There must be a clearly defined process of selecting those that should be appointed as judges.

“This is why the issue of judicial appointment is one of the things that will be discussed at the summit”, Apata stated.

He disclosed that the Justice Sector Summit 2022, which is themed, “Devising Practical Solutions Towards Improved Performance, Enhanced Accountability” is organised by the NBA and the Justice Research Institute (JRI) in collaboration with The Konrad Adenauer Foundation, The United Nations Office on Drugs and Crime, and the Justice Reform Project (JRP).

Apata said Justice Amina Augie of the Supreme Court will deliver a Keynote Address at the summit which will feature technical sessions where leading industry experts will lead the discuss on the critical questions of judicial appointments/selection: current practices and challenges; rethinking judicial administration in terms of budgeting, funding, and accountability; and accelerating the speed of justice delivery in Nigeria.

Digniteries expected at the summit are;  Vice President, Professor Yemi Osinbajo, SAN; the Senate President, Sen. Ahmad Ibrahim Lawan and the Speaker of the House of Representatives, Rt. Hon. Femi Gbajabiamila; the Chief Justice of Nigeria and other Justices of the Supreme Court of Nigeria; the Chief Judges of the some of the High Courts and other Judges; the Attorney General of the Federation, Mr. Abubakar Malami, SAN; Senior Advocates of Nigeria and senior members of the Bar; as well as other special guests.