No fewer than 10 people have reportedly died following cholera outbreak in Gombe State.

According to the state officials, the outbreak which was first declared in 2021 has continued to claim lives.

Executive Secretary of the state Primary Health Care Development Agency, Abdulrahaman Shuaibu, explained that the 10 deaths were recorded between June and September 2022.

“You may be aware that in 2021, there was an outbreak of cholera in Gombe State and across 35 other states or the Federation. From June through December of that period, we recorded three outbreaks of cholera where 2,373 cases were recorded.

“This year, from June 30, 2022, we have had sporadic cases of cholera in Balanga Local Government Area and because of the preparedness and prompt response, it has been largely subdued without escalation,” he said.

However, he said with the continued rainfall, which resulted in flooding in parts of the state, it has resulted in cases of cholera outbreaks in eight wards across Balanga, Yamaltu/Deba, Nafada, Funakaye, and Gombe LGAs.

According to the ES, as part of major step being taken to curtail the outbreak, the Ministry of Health has initiated Public Health Actions for the prevention and control of the disease. 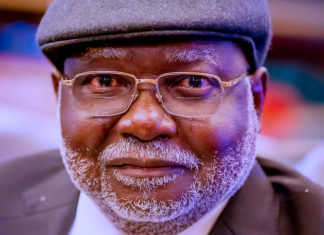