A China Eastern Airlines Boeing 737-800 plane with registration number B-179, carrying 133 people on board crashed in Guangxi province.

According to flight FlightRadar24 data the six-year-old aircraft with flight number MU5735 which was delivered to China Eastern Airlines in June 2015, fell from 29100 ft to ground level in two and a half minutes.

The last ADS-B data from the aircraft was received at 06:22 UTC and was indicating a vertical speed of -31.000 feet per minute.

Chinese media reported that flight MU5735 had not arrived at its scheduled destination in Guangzhou after it took off from the city of Kunming shortly after 1pm (05:00 GMT), citing airport staff.

There has been no information about any casualties in the incident, which took place on Monday afternoon, as yet.

The twin-engine, single-aisle Boeing 737 is one of the world’s most popular planes for short and medium-haul flights and the 737 Max version was grounded worldwide after two fatal crashes.

However, China’s aviation regulator cleared that plane to return to service late last year, making the country the last major market to do so.

The Boeing 737-800 is one of the world’s most popular airline jets for short-haul and mid-haul flights, and over 5,000 of this specific type(the -800) have been delivered by Boeing to airline customers worldwide.

China Eastern Airlines is one of the three major airlines in China, with hubs at Shanghai’s Pudong and Hongqiao airports, as well as Kunming Airport in southwest China – where this flight departed.

The airline operates a fleet of young Airbus and Boeing aircraft to destinations in Australia, South Korea, Japan, Southeast Asia, Europe, and the United States. China Eastern Airlines is part of the SkyTeam alliance.

The crash looks set to become one of China’s worst-ever air disasters.

China has among the best airline safety record in the world and its busy domestic market operates within the rules and regulations of a very strict regulator, and prior to the COVID19 pandemic, China would operate around 10,000 daily domestic flights.

According to Aviation Safety Network, China’s last fatal jet accident was in 2010, when 44 of 96 people on board were killed when an Embraer E-190 regional jet flown by Henan Airlines crashed on approach to Yichun airport in low visibility.

China Eastern Airlines’ website is now in black and white, as is often the case following a tragedy in the aviation industry.

“The CAAC has activated the emergency mechanism and sent a working group to the scene” China’s civil aviation authority said in a statement. 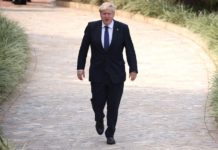 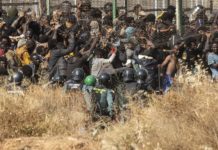 Groups in Spain and Morocco push for border deaths inquiry 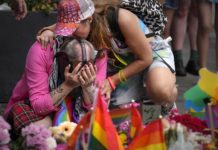