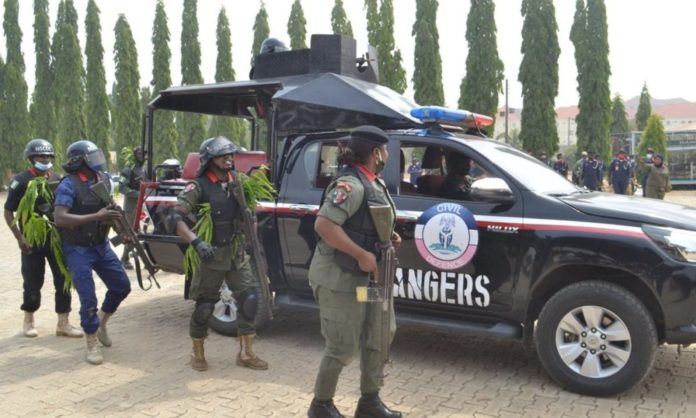 The Nigerian Security and Civil Defence Corps (NSCDC), Osun State Command has warned residents of the state against child abuse.

The command made this known through the Head, Anti-Human Trafficking, Irregular Migration and Gender Unit, Onifade Clement in Osogbo on Wednesday.

Onifade who represented the Osun NSCDC Commandant, Emmanuel Ocheja explained said the unit is ready to combat crimes against children.

He noted that the Child Rights Act has been domesticated in Osun State explained that it will be used against anyone found guilty of abuse and ill-treatment of any child within the state.

He urged parents to desist from subjecting children to child labour, abuse and other forms of molestations.

He disclosed that the Corps has the backing of both the federal and the state government to fight child abuse.

While maintaining that the existing relationship between the NSCDC and other sister agencies has been producing efficient results in ensuring a brighter and secured future for all children in the country, Onifade said one of its successes in Osun was the arrest and parade of a woman who allegedly poured hot water on her child.

Meanwhile, Atanda Olabisi, the Command’s Public Relations Officer has called on members of the public to report any case of child abuse to the Command for prompt action.

Olabisi who assured the public of the confidentiality of any information given to the Corps added that the security of lives, property and investments of citizens was of top priority to the command.