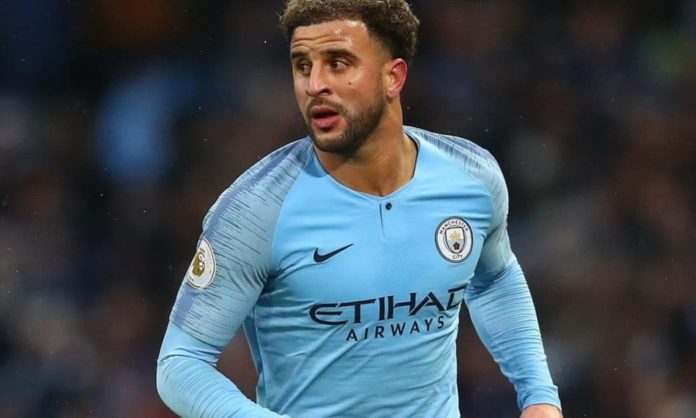 Walker was given his marching orders during Man City’s 2-1 defeat to RB Leipzig in the Champions League group stage on December 7, which was a dead rubber for Pep Guardiola’s side as they had already secured top spot in Group A.

UEFA’s control, ethics and disciplinary body deemed a foul on Andre Silva as ‘assault’ which resulted in a three-game suspension being handed to Walker in January 2022 instead of the automatic one-match ban for a sending off.

While Man City appealed against the length, it has been rejected by the Appeals Body.

“The appeal lodged by Manchester City FC is dismissed,” a statement from UEFA read.

“Consequently, the UEFA Control, Ethics and Disciplinary Body’s decision of January 25 2022 are upheld.

“The CEDB had decided to suspend Manchester City FC player, Mr. Kyle Andrew Walker, for the next three (3) UEFA club competition matches for which he would be otherwise eligible, for assaulting another player.”

Meanwhile, Walker did not feature in Man City’s first leg last-16 5-0 thrashing against Sporting Lisbon a few days ago.

Walker will also miss the second leg at the Etihad Stadium on March 9.

Also, should Man City progress to the quarter-final stage, Walker will miss the first leg clash, which is set to take place in April.