A former governor of Kwara State, Abdulfatah Ahmed has described the new monetary policy of the Central Bank of Nigeria as a policy in the right direction capable of strengthening the nation’s democracy.

Speaking in an interview with journalists in Ilorin on Tuesday, Ahmed, a financial expert said that the new policy will make the elections scheduled for February and March 2023 to go in the right way and shape the country’s democracy.

Ahmed, a two-term governor and the immediate past governor of Kwara State, described the CBN monetary policy as a master stroke, adding that money had been in the forefront of the nation’s elections and that it had beclouded people’s capacity to question those who want to rule them.

“As far as I am concerned, it’s a good policy. It will help the CBN control and ensure that its monetary policy are functional within the premises of what’s available in cash, so that they can manage and monitor the flow of cash in the system.

“And what’s cash? Cash is meant for intermediation for exchange of goods and services and not meant for store of value. When it becomes store of value, there’s trouble. It means somebody is holding on to what should be going round just because it’s available to be held.

“Now, the CBN is saying take this thing back to the bank. If you want to hold it let it be with the custodians; deposit banks. When you need it, you withdraw for exchange of goods and services.

“Secondly, I see it as a master stroke. This is because money has been in the forefront of the nation’s elections. The implications in that it has beclouded our capacity to question those who want to come and take responsibility of ruling us. It has also beclouded our capacity to question what programmes they have for us or to see whether they truly deserve to be voted in or not because we get beclouded with money taken upfront.

“For the first time, this change in naira will make it a bit difficult for cash to be available as it were for that purpose. So, what the policy is telling us is that money will not be at the forefront in determining how we select leaders again.

“If that’s one key thing we’re able to achieve, it’s a way forward. Though, all we desire can’t be achieved in one sweep as it takes time to perfect it. US overcome ballot box snatching in the 50s. We’ll overcome ours too with time. Every policy at taking us inching towards it should be embraced. We shouldn’t be hopeless. It’s beyond individual interests. It’s about selflessness to strenghten our democracy,” he said.

The former PDP governor berated the present APC administration in the state, saying that he saw a lot of disconnect from policies already put in place by past administrations were he said people could have benefitted from.

“I take governance from stepwise perspective, where benefits are created for majority of people in the state. Governance should be seen from continuity perspective. As it is today, I see a lot of disconnect in some of the policies we put in place where by now people would have been benefiting from.

“This disconnect usually lead to wastage of public resources as projects are not taken to completion level where people could benefit from. There are incongruences in policy application and programme development,” he said.

He advised the APC government to key into programmes met on ground towards reviewing and reforming them, where applicable, for overall benefits of the state and to safeguard public funds.

He also identified inconsistency in health programmes, education policies, economy, and infrastructure, saying that there was no nexus in old and new programmes for improved benefits of the state. 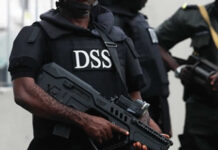 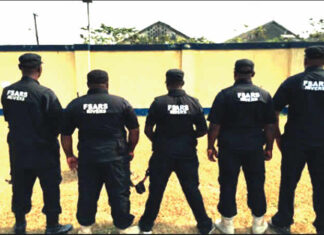