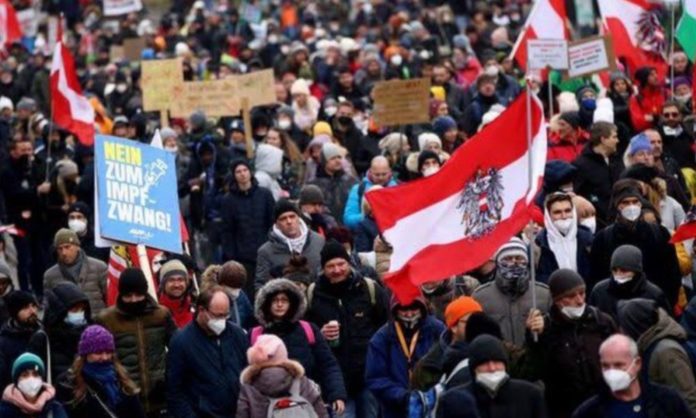 Ontario, second largest province of Canada, has taken a major step as part of efforts to suppress ongoing protests.

The government announced that its petition to freeze millions of dollars donated through GiveSendGo was successful.

The Superior Court of Justice order prohibits anyone from distributing donations made through the website’s “Freedom Convoy 2022” and “Adopt-a-Trucker” pages.

Ivana Yelich, a spokeswoman for Premier Doug Ford, said the order binding “all parties with possession or control over these donations” was issued Thursday afternoon.

Yelich made reference to a section of the Criminal Code that allows the Attorney General to apply for restraint against any “offence-related property.”

The government’s strike was similar to Nigeria’s blockage of accounts that received cash and crypto during the October 2020 EndSARS campaign.

Last Friday, GoFundMe announced that more than $10million raised for the Canada protests would be refunded.

The site withdrew support after police and the local authority complained that the demonstration had become an “occupation.”

“Know this! Canada has absolutely ZERO jurisdiction over how we manage our funds here at GiveSendGo,” it said.

“All funds for EVERY campaign on GiveSendGo flow directly to the recipients of those campaigns, not least of which is The Freedom Convoy campaign.”

Refusing to back down, the organizers are contemplating using Bitcoin to raise funds as the face-off enters week three.

In opposition to COVID-19 vaccine rules and health restrictions, truck drivers invaded Ottawa late January. They have extended to Alberta, Manitoba and Ontario.