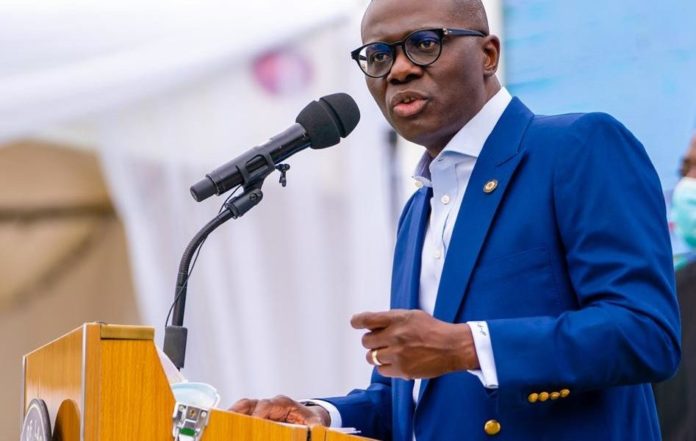 For the giant strides recorded in Lagos State in the last three years, the Body of Christ in the state has publicly thrown its weight behind Governor Babajide Sanwo-Olu, endorsing the governor for a second term.

At the 2022 Inter-Denominational Divine Service organised by the Lagos Chapter of Christian Association of Nigeria (CAN), the Christian body was unequivocal in its endorsement of the governor for a second term, as it described the Sanwo-Olu administration as one that is “consciously pragmatic and proactive.”

CAN added that the governor, in his administrative style, has sustained and built on the culture of excellent governance bequeathed to the public sector in the state by his predecessors, especially the All Progressives Congress (APC) National Leader, Asiwaju Bola Ahmed Tinubu.

For this reason, the Body of Christ in Lagos wants Sanwo-Olu to return for a second term.

Christian leaders from all denominations in the membership of CAN in Lagos were present at the event held at The Apostolic Church (LAWNA) Territorial Headquarters in Ketu with the theme: “Choose You This Day Whom You Will Serve.”

CAN chairman, Rt. Reverend Stephen Adegbite, who described Sanwo-Olu as “a child of God,” said the governor’s programmes and projects had been felt across all sectors, adding that the governor had been delivering on his administration’s development blueprint with fear of God.

He said: “Sanwo-Olu is a child of God and when you have a child of God at the helm of affairs, all you get is excellent results. The blind can see the developments going on in Lagos and the determination of the governor to consolidate on the THEMES Agenda. The governor has been wonderful and we are seeing progress across all sectors.

“Given the governor’s outstanding performance, the Body of Christ in Lagos State is saying unequivocally that one good turn deserves another. Since we do not change a winning team, let us all pray and support this performing, pragmatic, wonderful, ever-consciously proactive, people-oriented and God-fearing Government to continue for a second term.”

Adegbite hailed the governor and his deputy, Dr. Obafemi Hamzat, for upholding synergy and harmony in administering the affairs of the state. He also praised the First Lady, Dr. Ibijoke Sanwo-Olu, and wife of the Deputy Governor for supporting their husbands with various projects.

The Lagos CAN chairman also gave a tacit endorsement of the presidential ambition of Tinubu, saying the country would be in for a new and better country if Tinubu was allowed to have a shot at the presidency and replicate Lagos progress at the national level.

In acceptance, Sanwo-Olu, who was in attendance at the event, expressed the faith that the CAN endorsement came on the heels of the group’s dispassionate assessment of his administration’s achievements.

The Governor said his purpose in Government was to offer his physical strength and intellect to uplift conditions of the people, stressing that no service would be greater and pleasing to God than serving mankind.

Sanwo-Olu said: “Our covenant with God is to serve the people and give our best ability in the period we have been chosen to serve. Indeed, we appreciate the support and prayers of the Christian body.”