The youth wing of the Christian Association of Nigeria (CAN) has taken a swipe at the recent call by the Muslim Rights Concern (MURIC) on political parties in the country not to choose any member of the Redeemed Christian Church of God (RCCG) as its presidential candidate in the 2023 general elections.

MURIC, in a statement last week by its Bauchi State chairman, Idrees Gambo, warned any political party that supports any member of the Redeemed Christian Church of God, RCCG, to “kiss Aso Rock goodbye.”

But in a counter statement by the National Chairman of the Christian Association of Nigeria Youth Wing, Belusochukwu Enwere, reacting to the order yesterday in Owerri, described the stand of the Muslim group as a show of ignorance and insult to Christians in the country.

It further stated that their resolution negates the principle of freedom of association as enshrined in the Nigerian Constitution.

Enwere maintained that the Muslim group was ignorant of the announcement made by the Directorate of the Redeemed Church on involvement of its members in politics.

The statement read in part: “This singular statement of MURIC shows the low level of the said group and how blind they are in the 21st Century.

“For MURIC to say they are challenging RCCG for having the effrontery to launch a political and good governance wing is an insult to our fathers and to the entire Christians in Nigeria especially we the young people.

“MURIC calling other faith-based groups that will queue behind any candidate from RCCG as traitors is an abuse of their rights and their freedom of association as stipulated in the Nigerian Constitution. Moreover, their warning to Islamic organizations and Muslim communities against supporting any RCCG member is indirectly telling them not to support a Christian candidate in 2023.”

While insisting it is the turn of Christians to produce the next president of the country in 2023, Enwere added: “We call on them to join hands with us to advocate for peace, oneness and help make Nigeria a better place were both Christians and Muslims will be seen as one and have equal rights in all ramifications.”

Recall that the RCCG had a few weeks ago created a Directorate for Politics and Governance across the country.

The church said the move is to mobilize support for members who are aspiring to occupy political offices. But the Muslim group misconstrued the announcement, Enwere said. 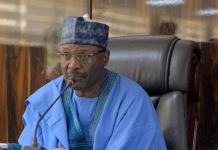 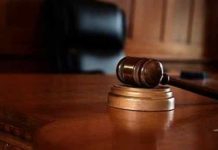