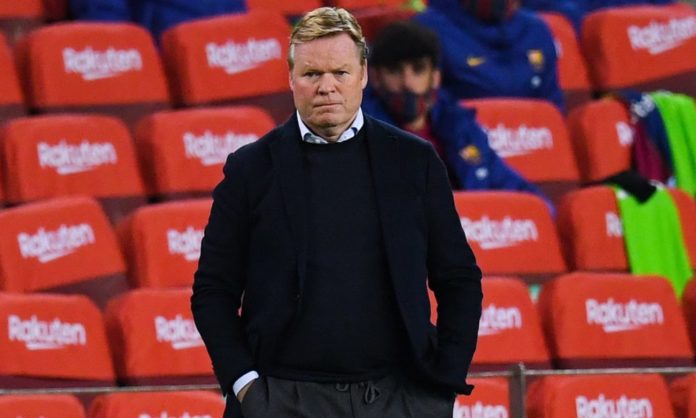 Barcelona manager, Ronald Koeman, has criticized the standard of refereeing in LaLiga, after he and Frenkie de Jong were both sent off during a 0-0 draw against Cadiz on Thursday.

De Jong picked up two yellow cards in the second half, while Koeman was given his marching orders in stoppage time for something he said to the fourth official.

The draw was Barca’s second in the league this week, following Monday’s stalemate against Granda at Camp Nou, and further increases the pressure on Koeman.

Koeman will now serve a touchline ban for Sunday’s game against Levante, when another bad result could spell the end of his tenure at Barca.

“I was sent off for telling the fourth official that there was a second ball on the pitch and the game should be stopped.

“Everyone saw that except the referee. In this country, they send you off for nothing …They say [it’s for] ‘attitude, attitude,’ … It is better we leave it there because it’s not my problem,” Koeman said in a news conference after drawing with Cadiz.

Cadiz vs Barcelona: Laporta warns Koeman he is ready to take decisions