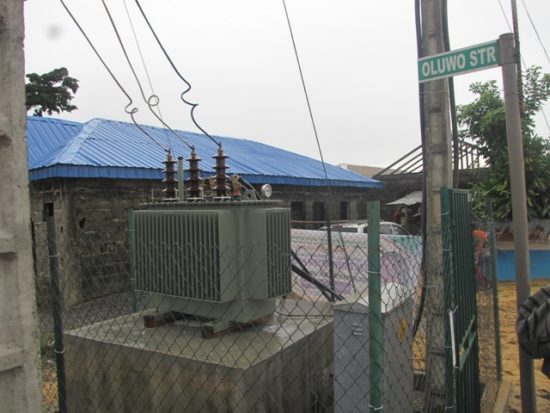 An man trying to steal cables from an electricity transformer was electrocuted to death in the early hours of Thursday in Choba area of Obio-Akpor local government area of Rivers State.

The incident happened inside the Judicial Staff quarters, beside the Choba Magistrate Court.

While the name of the transformer thief could not be ascertained as at the time of writing this story, those who claimed that they know him said he hails from Emohua local government area of Rivers State and was a former commercial motorcyclist, popularly known as Okada rider.

A member of local Vigilante in Choba in the area, Benedict Bekwele, told journalists that the man whose name was not known, was once a commercial motorcycle rider, but later got himself involved in many criminal activities in community.

A security guard at the premises where the transformer was, Mr. Okon Udom, recounted how the body of the transformer thief was discovered said: “I had earlier interacted with the victim who said he wanted to make phone calls. But after awhile, I didn’t see or hear from him again until I saw him dead by the Transformer.”

At the time of filing this report, the local Vigilante were on standby waiting for the Police authorities and officials of PHED to evacuate the lifeless body of the victim.