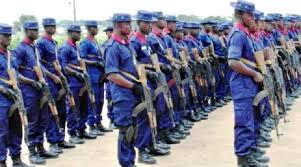 Police spokesperson in the state, SP Irene Ugbo, disclosed this in a telephone interview with the News Agency of Nigeria (NAN) on Friday in Calabar.

Ugbo said that intelligence officers were also deployed for the election with a view to providing adequate security during and after the polls.

“As we speak, we have deployed 5,500 police officers for both elections holding on Feb. 26 in Cross River,” she said.

Similarly, Mr Samuel Fadeyi, the State Commandant of Nigeria Security and Civil Defence Corps (NSCDC) in Cross River, told NAN that the command had deployed 950 personnel for the polls.

According to him, the command has also deployed a patrol team of armed personnel that will ensure that nobody causes mayhem during the elections.

He said that the corps would ensure that there will be “one man, one vote.”

“For the elections in Cross River, we have deployed 950 personnel to join other security agents in providing adequate security for the electorate during the polls.

“I want to call on the electorate to come out en mass, vote and leave the venue. They can be rest assured that we are on ground to protect them during voting.

“It is no longer business as usual; any party agent that is caught in any illegality will be arrested and prosecuted accordingly.

“If we witness any case of vote buying, we will arrest and prosecute the individuals involved accordingly,” he said. (NAN)