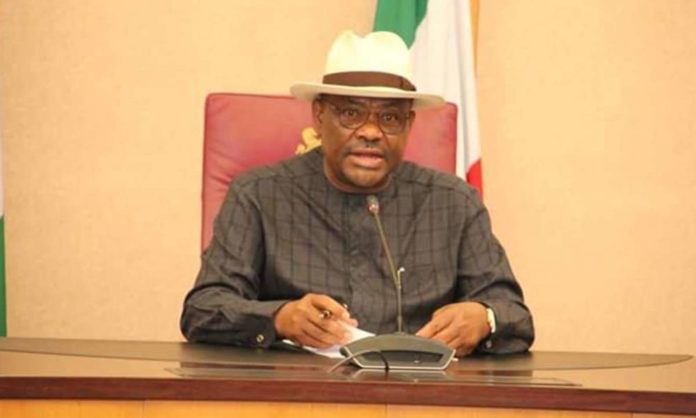 Rivers State Governor, Nyesom Wike has said that the Peoples Democratic Party, PDP, in Cross River would have died naturally if they yielded to intimidation from the ruling All Progressives Congress, APC, to stop their rally in the state.

Wike spoke at the flag-off of campaigns of Ogoja l/Yala Federal Constituency and Akpabuyo State Constituency bye-elections at the Calabar Sports Club on Saturday.

The Governor said it was shameful for anyone to use security operatives to try to intimidate members of the PDP to stop a rally for ordinary federal and state constituency bye-elections, wondering what the situation would be like during governorship election.

According to Wike, the government has resorted to intimidation simply because it has failed the people.

Wike further stated that the ruling party at the federal level was afraid of signing the electoral bill which is before President Muhammadu Buhari because they are afraid of the electronic transmission of results.

His words: ”Why on earth will they try to stop an ordinary rally if they have done well, this is just bye-elections for federal and state constituency, what if it was the governorship, what would they have done?

“If they had succeeded in stopping us from holding the rally, that would have been the end of the party in Cross River, but we are very resilient people.”

Wike urged the people not to be afraid, adding that the ruling party tried to intimidate the people of Rivers State “but we resisted them.”