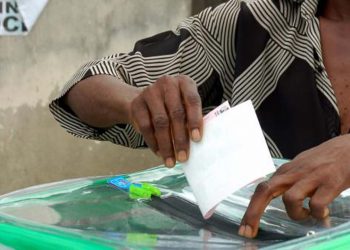 Commercial activities, vehicular and human movement went uninterrupted on Saturday in Osogbo as the governorship primary election of the ruling All Progressives Congress (APC) went underway.

Police spokesperson in Osun State, SP Yemisi Opalola, had stated on Thursday that restrictions on movement during the election would be determined by observed security situation.

Prior to Saturday’s election, the two APC factions in the state had traded accusations and counter-accusations about plans to engage thugs and hoodlums to disrupt the exercise.

They also made counter-allegations about threats to lives and plans to kit thugs with fake paramilitary uniforms to truncate the process.

One of the factions, The Osun Progressives is loyal to the Minister of Interior, Ogbeni Raufu Aregbesola, while the other, Ileri Oluwa, is loyal to Gov. Gboyega Oyetola, a contender in Saturday’s primary election.

The atmosphere in Osogbo was peaceful on Saturday, however, as businesses and other commercial activities went on unhindered.

The News Agency of Nigeria (NAN) reports that there was heavy presence of security operatives at Ward 4, Union Baptist Primary School, Osogbo, where accreditation of delegates was holding.

Police operatives and those of the Nigeria Security and Civil Defence Corps were spotted all over the venue.

At Ward 3, Olutimehin Grammar School, also in Osogbo, accreditation was yet to start as APC officials were erecting tents and working to put other arrangements in place, with party members milling around. (NAN)