In officially declaring his interest in the presidency, Vice President Yemi Osinbajo had his first-ever opportunity to organise a political rally by himself and solely about himself. He didn’t seize it. He reportedly spoke to millions online but I imagine less than ten per cent of those who eventually came to the All Progressives Congress primary as delegates watched him real-time. Politicians claim they have millions of followers online. However, a proper data analysis would have shown them that majority of Nigerians who dedicatedly vote aren’t in the active online crowd. I had thought Osinbajo’s approach while addressing those who would decide his fate in the primary didn’t reflect the reality of our circumstances. The outcome confirmed it.

Now, I make observations and reach conclusions about our polity by paying attention to some details in our democratic practice. A fair understanding of the more important indices and deciders in our brand of politicking matters, not just the enthusiasm that isn’t based on reality. When I hear some of the comments people make, I wonder if they observe the same phenomena that I observe or if they’re just being plain sentimental. To dream of the success of the aspirant one prefers is okay. But when it comes to this polity, one should also learn to observe the political landscape, take note of happenings, read the numbers, tally them and tell oneself what the reality is. I called for a free and fair process in my interventions before the party primaries. I was convinced that with a free and fair process, the APC presidential primary would only produce Asiwaju Bola Tinubu. Till tomorrow, I can only imagine what some of those who joined the race were fishing for because the political indicators were stoutly against them.

Some contenders instilled unbelievable confidence in their supporters, making me wonder if they understood how our political machinery worked. But they needed to have their day; test their strength in a fair contest. They did and now we know who’s who. It’s good for the peace of the polity. But what are the realities some of them should have considered? One, a few of the politicians who participated in the formation of APC contested in the presidential primary. Comparatively, Tinubu’s party was the strongest in the coalition of political parties that formed the APC, this was because his party was in control of the states in the South-West geopolitical zone at the time.

Tinubu’s party was followed by the retired Major General Muhammadu Buhari’s party—Congress for Progressive Change—that had no states under its control but it could boast of some 12 million voters, mostly up North, who voted consistently for Buhari in 2003, 2007 and 2011. In the end, Buhari got the votes in the North and Tinubu’s South-West got the balance, which ensured APC took over power in 2015. The relevance, the reach and the advantage that Tinubu’s political structure gave him within APC generally and in the South-West, in particular, going into the 2022 presidential primary, weren’t equalled by any of the other contenders. He did have practically all the six states of the South-West, plus Edo and Delta states, on his side. This was in addition to almost all the 14 APC governors in the North who wanted the presidency zoned to the South.

Two, it’s instructive that before the primary, Tinubu had the state with the highest number of delegates (Kano with 132) on his side. That’s a boost, meaning that by adding five more states he would have gotten more votes than the contender who eventually came second in the primary. This means that with just 400 votes for him alone and the rest of the votes (maybe 300 each) shared equally among the other contenders, he nevertheless would have emerged the winner. In the end, he got more than three times that number.  This speaks to his political structure and political contacts. The foregoing emphasises the importance of a strong national political structure, which other contenders couldn’t boast of. Also, Tinubu’s political reach and political capital within APC extends beyond the South-West, something none of the other contenders could match. There’re still other factors that he has working in his favour.

In 1992, he won a senatorial seat in the hotly contested Lagos-West senatorial district. This means he has cross-country bridges to the senators of that era. Such contact is never a waste in politics. They could be triggered and used in a way other contenders in the latest primaries couldn’t. Add that to the fact that Asiwaju’s wife, Oluremi Tinubu, is a serving senator. It means she could engage her contacts with her fellow lawmakers to canvass support for him across states in a way other contenders couldn’t.

It must also not be forgotten that as a two-term governor of Lagos State, he was the colleague of 35 other state governors. 15 years have passed since they all left office but political friends don’t forget one another. Old contacts could always be activated in every state to get delegates to view him favourably. One is sure such contacts were what Tinubu used the most even as he personally travelled to meet with delegates. He has also consistently been playing the role of a moderator in intra-party frays. Not too long ago, the president specifically asked him to intervene and settle a dispute among different APC factions in one of the northern states. There’re other interventions of his across the country that the public doesn’t get to know about. He’s resolved many crises in a way that contending parties have since been quiet. What does a leader do in any setting other than some of these things he’s been doing? He’s definitely reaped from the role. But I hear some sarcastically say they don’t know what the title “APC Leader” that Tinubu has means because they don’t know his role within the party.

This is said on TV interview programmes by people who like to scorn even the reality they see around them. It was one reason some couldn’t see the result of the APC presidential primary long before it was announced. A political party has its reason for adopting the designations it does and it’s in the good sense that people on the outside accept such designations. By playing the many intra-party roles he did as Leader, Tinubu accumulated political capital and goodwill across the six geopolitical zones in a way other contenders didn’t. Did anyone take note that the last time he was abroad, notable northern politicians visited him and called him “Your Excellency?”

These were tell-tale signs of the position of northern APC politicians with regard to their party leader long before the primary happened. But some of us in Nigeria see the reality around us and yet fantasise. If anyone wouldn’t see the core role that the APC presidential candidate had been playing in the development and strengthening of the party all this while, surely they would interpret the political situation in a way that would make them dream that the result of the primary would be different.

In addition to this is the fact that politicians would always feel more comfortable doing business with their fellow politicians. Tinubu has been a politician for as long as any person can remember. One can hazard the guess that fellow politicians from the North feel they know where they stand in a future that has Tinubu at its centre than any other contender in the APC primary. This is another reality; a reason dreams can only remain dreams with regard to the last primary.  A careful observation also shows that Tinubu is a factor in Nigerian politics in many more ways than other contenders are. When a politician could count eight states within his sphere of influence at any given time, that’s some heavyweight presence. It is, because in the future whoever wants to be president in this country will need to factor into their calculation Tinubu’s political structure.

How can anyone, therefore, imagine that northern governors, for instance, would leave a politician that’s such a political factor and side with any other contender? In a free and transparent process, how could anyone imagine an outcome different from what was obtained? This last primary demonstrates that practical indicators tell results more reliably than dreams do. 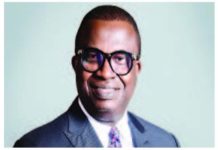 Getting pregnant when you’re menopausal 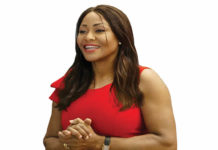 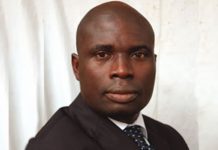