Nigerians would argue that the level of insecurity in Nigeria today is unprecedented. Their shock is even strengthened by the fact that the security situation degenerated under a retired army general, Muhammadu Buhari, who had promised to deal with the situation, alongside improved economy and relentless fight against corruption.

In fact in 2015, he promised that the rest of the world would not have to worry about Nigeria in terms of security if he was elected. But with the level of killings, kidnapping and general insecurity, not only are countries worried about Nigeria, some have issued travel advisory, warning their citizens to be wary of where they visit in Nigeria.

“The President is slow in taking action on many things and the All Progressives Congress and the Presidency, right from the beginning, admitted to the slow response to issues. However, I don’t see that as the major constraint that brought us to where we are.”

Many Nigerians have been cautiously optimistic, hoping the situation would be salvaged soon, relying on the assurances by the President and his many aides that efforts were being made. But former President Olusegun Obasanjo said in April that it should be obvious to “all right-thinking Nigerians” that the Buhari regime had been overwhelmed by the current insecurity.

However, in what sounded like he had tried his best and his successor come May 29, 2023 would have to take over from there, many people were taken aback when the President said a few weeks ago that he was eager to go and that he wished his successor the very best.

Speaking at his Daura home in Katsina State during the Eid-el-Kabir, Buhari said, “By this time next year, I will have made the most out of the two terms, and in the remaining months I will do my best. I wish the person who is coming after me the very best. I am eager to go. I can tell you it has been tough. I am grateful to God that people appreciate the personal sacrifices we have been making.”

Buhari’s statement seems to lend credence to Obasanjo’s assertion earlier in December 2021 that Buhari had done his best and that expecting more from him was needless. The former President had said, “President Buhari has done his best, that is what he can do, if you expect anything more than what he has done or what he is doing, you are kicking a dead horse. And there’s no need.”

Many people found Buhari’s Statement  disturbing, especially in the face of worsening insecurity, unpalatable economic indices and brazen corruption, all of which he promised to fight over seven years ago. This was largely interpreted as admittance on his part that he had done his best and not much would change in about nine months he had left.

But, this was not the first time the President hinted that he was struggling to keep up with the enormous responsibility of his office.

In an interview with NTA in January, he said, “Age is telling on me, working now for six, seven to eight hours per day in the office is no joke. There are questions of the executive council, memos from as many states as possible to be considered virtually every week,” noting that he looked forward to when he would be out of office to rest like people of his age should do.

Thus, it was excusable when many Nigerians took his statements as the reason why he seemed to be losing grip on governance. The President even admitted in 2015 shortly after he was sworn in that at 72, there was a limit to what he could do.

“I wish I became Head of State when I was a governor, just a few years as a young man. Now at 72, there is a limit to what I can do,” Buhari had said in South Africa while addressing a gathering during the 25th Assembly of Heads of State and Government of the African Union in Johannesburg.

This, in addition to his perceived lethargic posture, earned him the tag ‘Baba go slow’ since his first term. Again, the seeming inadequate response to the challenges confronting the nation made many to draw a conclusion that the President no longer has the capacity to pilot the affairs of the nation as expected.

From the exchange rate to inflation rate, interest rate and the general well-being of the populace, it is clear that the economy had become worse compared to when Buhari assumed office in 2015.

Clearly, the President has recorded significant feats in the area of infrastructure, especially road construction and railway, but these seem to have been overwhelmed by the frightening economic indices.

A report by Financial Derivatives Company, whose Chief Executive Officer is the renowned economist, Bismarck Rewane, indicated that since 1999, the Buhari regime had been the worst across most economic indices.

The report showed that during Obasanjo’s tenure, between 1999 and 2007, the average Gross Domestic Product growth was 7.7 per cent. During the three-year tenure of the late Umaru Yar’Adua, it fell to 7.1 per cent. However, when Goodluck Jonathan became president between 2010 and 2015, it fell further to 5.5 per cent. Under the Buhari regime, the average growth rate fell to 1.1 per cent, the lowest since 1999.

For inflation, the average rate during Obasanjo’s tenure was 12.19 per cent; it rose to 13.18 per cent during Yar’Adua; it then fell to 9.70 per cent during Jonathan’s tenure but rose to 14.07 per cent during the Buhari regime. Meanwhile, information on the website of the Central Bank of Nigeria showed the current rate as 18.6 per cent.

In terms of external debt, an issue that is now of concern to many Nigerians and international financial institutions, the debt stock when Obasanjo left was $3bn; it rose to $10bn when Yar’Adua left; $15bn when Jonathan left and is currently at about $41bn. It is even projected to peak at $45bn due to dwindling revenue.

On what would be left of the reserves when the external debt is subtracted from it, the balance during Obasanjo’s tenure was $40bn; $22.34bn during Yar’Adua; $13.57bn during Jonathan and during the current regime, the balance would be -$0.82bn.

While the Covid-19 pandemic affected economies globally, it has been argued that poor economic policies had contributed to a large extent the state of the economy. According to the World Bank’s 2022 Nigeria Poverty Assessment report, the number of poor Nigerians is projected to hit 95.1 million by the end of 2022.

With the high exchange rate, high cost of diesel, the perennial power problem, and high cost of food items, coupled with the inflation rate, more Nigerians and businesses are facing turbulent times.

Analysts, at a roundtable session on the mid-year review of Economic Outlook for 2022, organised by the Chartered Institute of Bankers of Nigeria in partnership with Adedipe Associates Limited, recently in Lagos reviewed downward the growth forecast for the economy from 3.74 per cent in January to 3.27 per cent.

The firm’s chief consultant, Biodun Adedipe, noted that the economic growth had been affected by insecurity.

Analysing the economy, a Professor of Economics at the Olabisi Onabanjo University, Sheriffdeen Tella, said certain policies had made life more difficult for Nigerians.

He added, “The hardship in Nigeria currently has become a concern. Although it has been there for some time now, even under Goodluck Jonathan, it has not been properly managed.

“There have been serious issues in terms of management particularly in respect to the level of indebtedness of the country to internal and external creditors, the level of inflation as well as the level of the unemployment.”

While many are struggling to earn a decent living, the Federal Government has introduced a five per cent excise duty tax on telecoms services. This implies that Nigerians would pay more for calls, text messages and data. Despite the opposition to the new tax, especially by stakeholders in the sector, the government insisted that it was a move to boost revenue.

The Minister of Communications and Digital Economy, Isa Pantami, also opposed the tax, saying it would “overburden the industry and we will take every legal measure to ensure the tax does not stand.”

Also speaking on the state of the economy, the President, Middle belt Forum, Pogu Bitrus, faulted the President for not engaging the best hands to handle the affairs of the country.

He said, “The economy is in trouble because he (Buhari) has the wrong lieutenants in place. The CBN Governor and the Finance Minister are not giving him the right advice. He has an economic team, maybe they are not competent, and this is the cause of the problems we have today.

“There were several warnings to the government before we got here but they didn’t heed the warnings. Thinking about the rise in prices of things, I used to buy 10kg of Semovita between N1500 and N1600 in 2016 but today, it’s over N6,000. Unless something is done, the situation is going to get worse; the economy has already collapsed.”

The level of insecurity is glaringly in a frightening state. Apart from summoning the security chiefs after a major attack or security breach, many Nigerians have complained that the President seems aloof to these burning issues. From kidnapping to killings by terrorists and other criminal activities, many Nigerians now live in a state of trepidation.

According to the Centre for Democracy and Development report, no fewer than 60,000 people had been killed in Nigeria’s 18 northern states in the last 10 years.

So many have also been killed in 2022. Between January and June 2022, the Kaduna State Government said about 645 persons had been killed in the state.

Speaking on this, Bitrus added, “Remember in 2015, when he (Buhari) came into office, he said in six month, these things will be over. A lot of our money has been pumped into security but what do we have?

“This government has done things wrongly rather than slowly. As far as I’m concerned, he (Buhari) is pampering the terrorists, and this insecurity is affecting the economy. Instead of getting foreign direct investments, we are losing. People are losing confidence in Nigeria, including Nigerians. Our problem will continue or else the insecurity problem is tackled.”

Speaking on the solution, he stated that government must be decisive in dealing with the situation. He added, “Take these people out and I believe if our military is given a free hand, it can be done. Recently we lost some young officers in Abuja. To me, the whole thing is suspicious.”

Also speaking on the perceived lethargy in dealing with the issue, the Chancellor, International Society for Social Justice and Human Rights, Jackson Omenazu, explained that the President had lost touch with the current realities.

He added, “Mr President is not only slow, he has lost complete touch with the reality on ground. I seriously doubt if the Muhammadu Buhari I know is the one that has allowed Nigeria to slide to this level of insecurity. This is a man we put our hope in. This is a man we believed in 2015 would solve the problem of insecurity. Unfortunately, Nigerians are now at the mercy of criminals.

“Where lies the experience he has acquired as a general or his looking the other way while the country is being plundered by vicious criminals? How do we explain that we have a retired general as the President, yet, nobody can sleep?

“Inflation is on a supersonic speed, hunger has ravaged the land and Nigeria is heading towards a failed state. I feel something is wrong. If Mr President says he is incapacitated and not capable of handling the affairs of this nation, we will advice that he should honourably resign.

“In some other societies, he doesn’t need impeachment, what he needs is voluntary resignation. As an individual and as a leader of an organisation, I am calling on Mr President to voluntarily resign.” 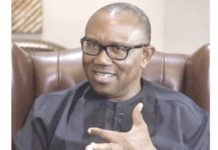 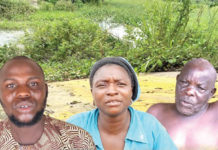 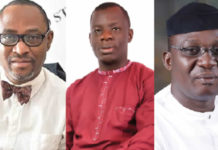