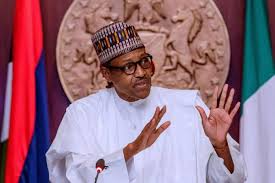 The Federal Government on Thursday in Abuja said it would continue to seek constructive engagement with members of the medical profession.

President Muhammadu Buhari stated this at a grand reception in honour of Dr Osahon Enabulele, who was elected last October as the President-elect of the World Medical Association (WMA).

Represented by the Minister of Health, Dr Osagie Ehanire, Buhari said that the Federal Government was doing everything possible to bring equity to the medical profession.

Meanwhile, Buhari said that effort was on to promote research around the medical profession and thanked Enabulele for attaining the feat as the leader of the WMA.

According to him, it is a thing of pride that Nigeria medical professionals are now competing favourably around the world, as evidenced by the Enabulele’s election.

The president said Enabulele’s hard work and his intellectual prowess earned him the feet and urged him to use his good offices to promote and project Nigeria in the global body.

He expressed confidence in Enabulele’s personality saying that he would bring to bear Nigerian human capacity in the WMA.

“This is a historic event, one of our own has been elected into world leadership. It is our pride that Nigeria doctors are doing the country proud.

“The election of Enabulele was due to his hard work and the quality embedded in him,” he said.

The Minister of Labour and Employment, Dr Chris Ngige, congratulated the WMA president-elect, saying that the White knew what they saw before they chose a Black to lead them.

NAN reports that prominent Nigerians, including the Senate President Ahmed Lawan and House of Representatives Speaker Femi Gbajabiamila poured encomiums on Enabulele in their goodwill messages.

The President of the Nigerian Medical Association (NMA) , Prof. Innocent Ujah, stated that this is the first time a West African physician would be elected President of the WMA since the global body was formed in 1947.

He pointed out that Enabulele was also the first Nigerian physician to be elected as the President of the Commonwealth Medical Association  (CMA).

“I wish to state very clearly that I am uniquely happy and elated that this epoch-making achievement was recorded during my time as the President of NMA.

“Our brand new WMA President-elect, you have earned this great distinction and we are confident that you will continue to play your role in contributing to the growth of the WMA towards improved global health security,” he said.

Enabulele, however, promised to do his best for the upliftment of global health, adding that he would ably represent Nigeria’s interest in the WMA.

He also pledged to set up a mentorship platform to encourage young medical personnel, adding that he would justify the confidence reposed in him.

NAN reports that Enabulele will be sworn-in as the new WMA president in October. (NAN)