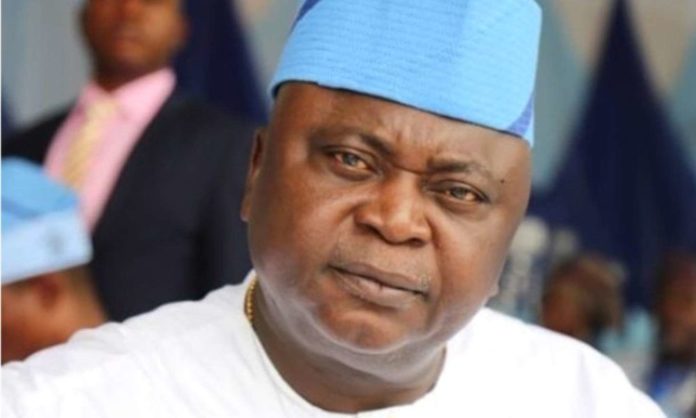 A governorship aspirant on platform of the Peoples Democratic Party (PDP) in Ogun State, Hon. Ladi Adebutu, has said Governor Dapo Abiodun should get ready to vacate office come 2023.

Adebutu, a former member of the House of Representatives in Ikenne/Sagamu/Remo North Remo Federal Constituency, said Abiodun had not in any way given good governance to the people of Ogun State.

According to him, the Governor, who was elected on the platform of the All Progressives Congress (APC), was only marking time and would soon be voted out by the PDP.

The business man condemned President Muhammadu Buhari for saying Abiodun had done well for Ogun State, stating that Buhari had never been in touch with reality.

“Dapo Abiodun is not carrying out governance, he is just marking time. His time is up!”

Adebutu added that the PDP had begun the electronic registration of members across the country.

The essence of the registration exercise, according to Adebutu, was to crank up the machinery of the party at the grassroots level so as to mobilize for votes at every polling booth, unit and ward.

Speaking on why Nigerians are no more interested in exercising their franchise on election days, the Iperu-born politician said, “It is true that there is voter apathy; people are despondent. We are swimming against a very bad tide because poverty has been weaponized.

“But, we shall work hard and we shall use our God-given strength to create hope in our people, and we believe that this would drive us to success.”