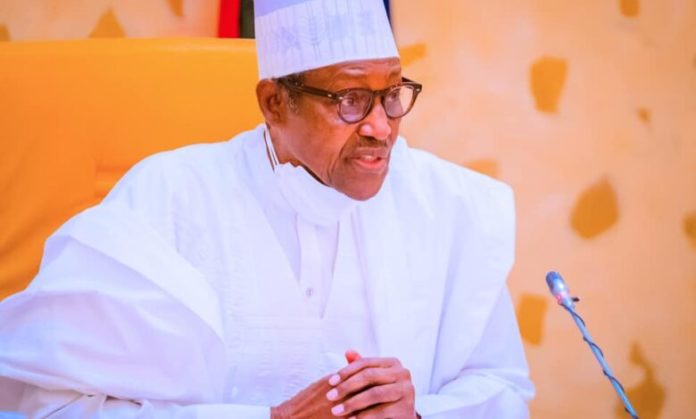 According to a statement by Special Adviser to the President on Media and Publicity, Femi Adesina, Buhari, said he joins the sporting community, and the media in celebratingAdio, who was the captain of the national Olympic team to Moscow, USSR, for his loyalty and dedication, lifting the country’s flag on the track, and pursuing a career, where he consistently upheld Nigeria’s image, especially at the FIFA 1998 World Cup and 1999 IAAF World Championships in Seville.

He noted that the former public servant and staff of Nigerian Television Authority (NTA), brought style and ease to sports broadcasting that endeared him to fans of various games, and his witty narratives further inspired many to participate and compete.

The President extolled Adio’s contributions as former Commissioner for Sports and Youth Development in Kwara State, and serving on the various boards of federations, appreciating him for staying relevant in building talents and improving sports administration in the country.

President Buhari prayed for more strength and good health for the sprinter and broadcaster.

In a related development, Kwara State Governor AbdulRahman AbdulRazaq has also congratulated Adio, calling him a statesman who gave his all and reached his peak in Nigeria’s sports broadcasting.

In a statement by Chief Press Secretary to the Governor, Rafiu Ajakaye, AbdulRazaq recalled Adio’s unique style and commitments to excellent sports journalism and his achievements at various tournaments.

“On behalf of the people and government of Kwara State, I send our best wishes to Alhaji Hameed Adio on his birthday anniversary. He is a veteran sports journalist and a patriot with sterling records of national service at various levels. I pray Allah to grant him good health and many more years of happiness and fulfillment,” the Governor said.