Security agents, on Monday morning, returned to the national secretariat of the All Progressives Congress (APC) and condone off the entire Blantyre Street where the party’s headquarters is located.

Curiously, none of the gladiators laying claims to the leadership of the ruling party was on ground despite the seize fire appeals from stakeholders and President Muhammadu Buhari during the weekend.

Although the security agents were very civic in handling proceedings, allowing free flow of vehicular and human movement, along the street, inside the secretariat was however a ghost town as activities were at low ebb due to the absence of the gladiators.

The security agents, numbering over 80 personnel, had arrived the secretariat in no fewer that 11 patrol vehicles, occupying strategic positions outside the secretariat.

Interestingly, the secretariat staff were equally very apprehensive over the situation, wondering who, among Yobe Governor, Mai Mala Buni and his Niger counterpart, Sani Bello, is actually in charge of the party.

“Yes we have passed through this road previously but the situation we found ourselves presently is so confusing. You can see how the secretariat is looking deserted. Governor Bello is not here and Governor Buni they touted will return to the secretariat is still at large. We are helpless and can only wait to see events unfold,” he said.

Meanwhile, former Direc tor-General APC Progressive Governors Forum (PGF), Salihu Moh Lukman, has come down hard on his party, claiming that there is nothing fundamentally different between APC and the opposition party, the Peoples Democratic Party (PDP).

“As a party envisioned to facilitate the process of changing Nigerian politics, APC leaders and members must be reminded that the most important determinant for political change at this crucial point in the nation’s political development is initiatives to change the orientation of political leadership recruitment.

“The reality is that leadership recruitment in APC, as it is today, is not fundamentally different from what exists in PDP. Partly because it is not different, we have produced leaders, both in government and in the party, APC, who at best, are typical PDP leaders. These are leaders who only succeed in reducing government and party management to a Bureau De Change.

“However, unlike PDP, in our case in APC, internal contest in the party is effectively mobilising opposition against such leaders. The current contest going on in APC is a typical example. Although the contest is partly to ensure that the March 26, 2022 APC National Convention hold and produce new leaders, it must be stressed that the quality of the new leaders of the party being expected to emerge from the Convention should begin to change, if APC is to meet public expectations,” he said.

Speaking further, he said: “every step must be taken to ensure that APC emerges as a distinctively different party from PDP and other parties especially on the question of leadership recruitment.

While in the case of PDP and other parties, issues of leadership recruitment are considered as given based on the received wisdoms of political leaders, in APC these issues are being debated and contested, which explains all the dynamics around the March 26, 2022 APC National Convention.

“If anything, the contest for the emergence of trustworthy political leaders in APC is a contest for the unfettered development of Nigerian democracy. Nigerian democracy cannot develop unless the right conditions within parties are created for the emergence of trustworthy leaders both as party leaders and candidates for election,” he said. 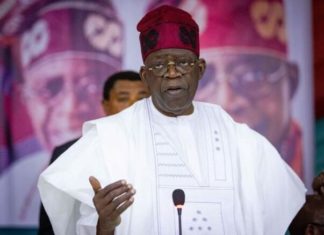