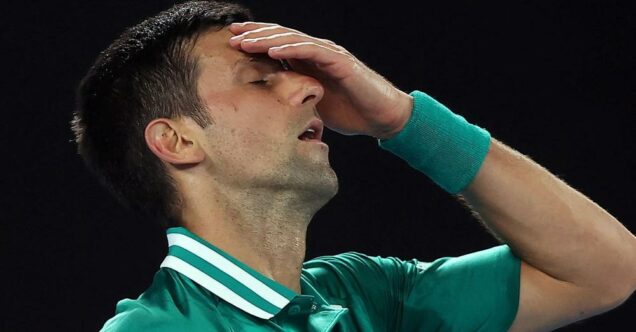 In a hope shattering ruling, the judges denied the visa cancellation appeal, saying they were not convinced on the merits.

The immediate implication is that Djokovic will now have to be deported from Australia.

He will thus miss the chance of competing for his 21st Grand Slam.

The 20-time Grand Slam champion had his appeal heard in the Federal Court on Sunday in a last ditch attempt to stay and compete for the title.

Mr Hawke wielded his discretionary power on Friday afternoon to deport Djokovic despite a court ruling last week in his favour.

But the odds were stacked against Djokovic heading into Sunday’s hearing despite his previous court win, because Mr Hawke’s power is so broad, reports Mail Online.

Chief Justice James Allsop wanted to make clear Djokovic had not launched an official appeal against Mr Hawke’s decision. Instead, he had the opportunity to have the judges review the order based on its merit.

The world No.1 was required to prove to the court that Mr Hawke acted irrationally or legally unreasonably in choosing to use his discretionary powers.

Justice Allsop earlier said he accepted Djokovic could be seen as ‘an iconic sports star that is setting an example that is not ideal to be followed’.

‘If Mr Djokovic won the Open, as he has in the past, there is an example embedded in the Minister’s reasoning that this is an example for young and not so young fans of tennis.’

The government did not indicate whether they would take up the option to prevent Djokovic from applying for a visa to enter Australia for the next three years.