Borno State has stepped up routine immunization against polio following reported cases in some countries.

“Aside the security challenge, with Pakistan and Afghanis still polio endemic and with population movement across the globe, the battle is not yet over until these counties are certified polio free,” Lawi declared.

He said there have been reported cases of circulating Variant Polio virus (cVPV) type 2 in some countries, a development which made Nigeria and Borno to scale up their round up campaign with novel oral polio vaccine.

“As you are aware, Borno is one of the states facing security challenge, making the efforts to vaccinate every child a task,” he disclosed.

He said a total of 3, 378,002 children below the age of five, were targeted for the four days exercise which ends Saturday.

He said the military has been providing supports for the efforts to carry out the exercise in partially accessible, inaccessible a hard-to- reach areas in the state.

Nigeria and Africa were presented with polio free status certification by the African Region Certification Committee (ARCC) on 25th August. 2020 though acknowledged the fragility of Nigeria status due to low immunization. 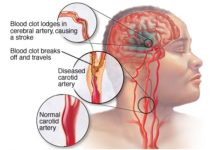 Aging and end of life 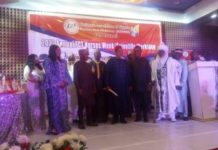