The logic of hygiene that informs the National Agency for Food and Drug Administration and Control’s policy of denying licence to those who wish to produce bottled or bagged water in the same premises as a burial tomb, should also prevent a water borehole from being located in a premises that has a soakaway pit.

This may sound cynical and the seeming creation of a storm in a teacup. But you’ve got to recognise that there is some degree of reality (or truth) in the suggestion, though those who produce bottled water may not like the idea.

Those who argue that open defecation into a river or stream can become a health hazard must also recognise that toxic content or human waste from a soakaway pit can seep into the water in a borehole in the same premises.

Some experts argue, “The immediate environment where the borehole is dug can impact the water with contaminants. If there is a high level of contamination in the area near the borehole water, it is likely that the water will be affected.”

So you can see that it is not only open defecation that can lead to an epidemy of water-borne diseases. The toileting motion that you go through in the privacy of your bathroom can also have lethal consequences.

You would further understand this argument when you appreciate that the effluent or externalities expelled from a manufacturing factory can mix with water in the borehole sunk within the premises of the same factory.

Remember the environmental pollution resulting from the exploration of petroleum in Nigeria’s Niger Delta region. The soil and water pollution has compromised farming and fishing enterprises in most of that region.

To date, no one has quite fixed the soil and water pollution, despite the attention paid to the Ogoni land disaster that caught the attention of the international community through the patriotic interventions of Ken Saro-Wiwa who lost his life in that enterprise.

You could add that people’s unhygeinic habit of clogging drainage with garbage in their neighbourhoods causes significant environmental pollution that does not only have flooding implications, but also adverse health consequences for the people.

So, you could argue that water from any source is potentially hazardous. Someone, remembering the chemistry that he studied in high school, suggests that only rainwater is pure– until it is polluted by ions in the atmosphere.

State governments that can’t provide pipe-borne water through their water corporations compel individuals, who pay income tax and water rates, to sink boreholes, that have the potential of causing health hazards, in homes and industries.

Many of Nigeria’s water corporations and their waterworks facilities have become moribund, and operate more like sinecures, where idle lackeys are employed without expecting to be productive.

Before the 2nd Festival of Black and African Arts and Culture in 1977, water supply was available in most homes in Ikeja, Lagos Island and Surulere. Indeed, most residents of urban Lagos had pipe-borne water in their residences.

But after the Lagos State Government under Navy Commodore Adekunle Lawal diverted water for the use of FESTAC ‘77 guests who were quartered at FESTAC town at Amuwo Odofin, pipe-borne water was no longer available in those neighbourhoods.

Sometime in the late 1980s, residents of Ijebu Ode Local Government and adjoining local governments couldn’t get regular pipe-borne water supply, and had to resort to buying water from water tankers for domestic and industrial uses.

It was during that period that the residents of the Ijebu division of Ogun State went into a frenzy of sinking boreholes. Like the English discuss the weather, boreholes became a major subject of discourse at dinner tables.

And where some government-owned water works facilities are productive, the pipes that transport the treated water to the homes have rusted, and are leaking. They are thus unable to discharge the water.

And that is why Nigerians became their own water corporations, and sank boreholes in their homes. If they didn’t do so, they would have been going to the streams with pails on their heads, or trap rainwater.

So, Nigerians resorted to self-help because of the failure of state governments. Happily, Peter Mbah of the Peoples Democratic Party is promising to address water scarcity if elected as governor of Enugu State in 2023.

The various attempts by the Federal Government to harness Nigeria’s water resources, through Water Bills, may be coming from its frustrations with inattentive state governments that serially fail to initiate sustainable water production strategies.

Many Nigerians, especially those in the southern region, read ulterior motives to the Water Bills, though. They think it is another attempt at RUGA to appropriate their lands and body of water for the use of alien herdsmen. The government has not been able to allay their fears.

A borehole is a narrow hole (what else?) drilled into the soil, to extract liquid that could be water, petroleum, gas, or other mineral resources. Boreholes may be vertical or even horizontal. A borehole could also be an underground tank used to store any type of substance.

There is an argument that when you pump out groundwater from a borehole, the environmental impact is a considerable reduction in the level of groundwater. But it doesn’t mean that the water would disappear.

You just have to drill further into the ground to reach water and to have a regular flow of water recharge. This suggests that those with shallow wells would not get much water unless they dig deeper into water aquifers.

Happily, Francis Uzoma, a geologist, who is also the President of the Boreholes Drillers Association of Nigeria, has given Nigerians the assurance that drilling boreholes should not necessarily harm the environment or lead to earthquakes. You may be right to say he couldn’t have said anything otherwise; he earns his livelihood from sinking boreholes.

Some of the targets are to ensure the availability and sustainability management of water and sanitation for all; universal and equitable access to safe and affordable drinking water; and access to adequate and equitable sanitation and hygiene.

Some of the other targets are to improve water quality by reducing pollution; increase water efficiency; protect and restore water-related ecosystems, and support and strengthen the participation of local communities in improving water and sanitation management.

These objectives should cascade down from the Federal Government to the states, local governments and communities throughout the country. The people must own these noble goals for their own good.

But state governments should run their waterworks so that Nigerians do not depend almost solely on potentially contaminated boreholes. That shouldn’t be too difficult. 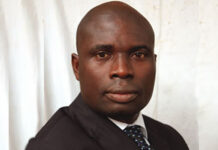 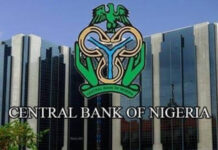 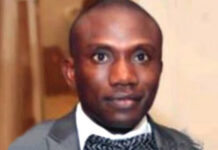 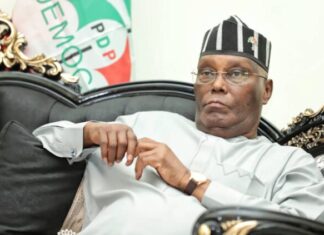