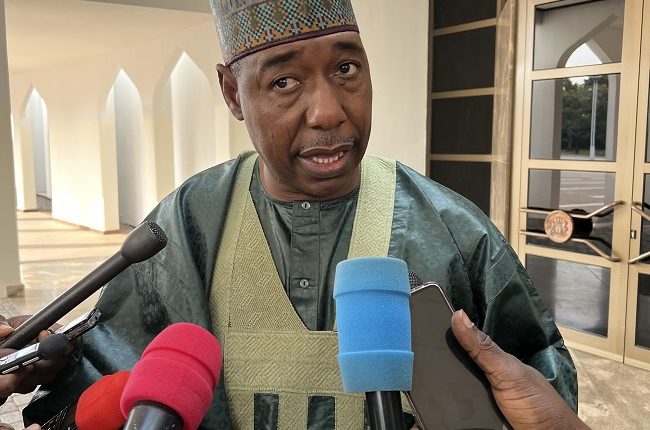 Borno State Governor, Babagana Zulum, has boasted that “God willing” and given the massive laying down of weapons by terrorists, insurgency will end under his tenure by 2023.

The governor who was at the State House, Abuja to meet President Muhammadu Buhari to apprise him of progress in the surrendering of Boko Haram terrorists, told State House Correspondents, that over 30,000 of fighters for the group had so far surrendered and were in the custody of relevant government  authorities.

He said the Borno State government does not offer any incentive to fighters to come out of the forests, but that he did so voluntarily.

Zulum said he discussed the continued surrender of insurgents and the case of Internally Displaced Persons (IDPs) with the president.

He assured that the security situation in Borno State had improved considerably, hoping that things would  continue in that direction.

Zulum reiterated that kinetic measures alone would not end the war and, therefore, advised that political solution be applied.

Asked if he meant that insurgency will end effectively in 2023, he said: “ The way we are going, with the support of the federal government and with good management, Boko Haram will be over very soon. Insha Allah. Even now in Borno State, we’re doing very well, extremely well. You know what I mean by Insha Allah; God willing. We don’t have any promissory notes to defectors, honestly speaking. But you have to also understand one very important thing, there is a difference between those that have been captured and those that have surrendered. People should understand these two unidentical situations.

“Go back and Google and see the international conventions, rules and regulation. There is a difference between those that have been captured and those that willingly surrendered. And I’m calling upon all of you to give a very positive insight to this development. Because there’s no where in the whole world such kind of war ended with kinetic measures. There must be some certain political solutions and I believe, if there is peace in Northeast and Borno, there will be peace in Northern Nigeria. If there is peace in Northern Nigeria, there will be peace in southern Nigeria.”

On the massive defection of Boko Haram members, he said: “This time around has also started with a defection of ISWAP members. This is a welcome development and under a closed-door session we discussed a lot of issues and how the government of Borno State, as well as the federal government will manage the ongoing surrender by the intelligence.” 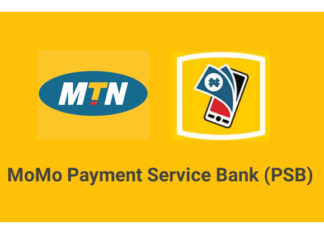