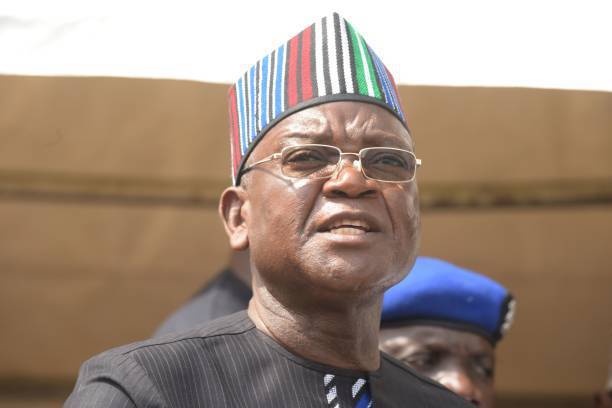 Benue State Governor, Samuel Ortom has flagged off the construction of 55km Makurdi-Yogbo-Udei branch road linking Makurdi and Guma Local Government Areas of the state. at the cost of .

Speaking during the flag off ceremony which held on Thursday, the Governor who stated that the project which is to cost N5.1billion had been awarded to Triacta Nigeria Limited.

He expressed the assurance that the project, when completed, would bring an end or drastically reduce incidences of insecurity in the many rural communities within the areas.

He stated that several security personnel have lost their lives while others had been injured due to the bad terrains of the areas while plying the routes to provide security for the rural dwellers, hence the need to construct the road.

The Governor explained that that the road, when completed, would boost agricultural production in not just the locality but the state and nation at large considering the fact that the communities where the road traverses are completely agrarian.

“Farmers will have access to their farms while security plying the routes will do so with ease. I urge all the people in the areas to support the security agencies to protect lives and property,” the governor said.

On his part, Commissioner of Works and Transport, Engr. Jude Shachia, disclosed that the 55 kilometres road in length would be finished with first coat surface dressing, at a total cost of N5.1billion awarded to the contractor, Triacta Nigeria Limited.

“The road which is to be constructed to First coat surface dressing links Mbagwen and Nyiev communities of Ihyarev extraction in Makurdi and Guma Local Government Areas.

“The prominent settlements on this road are Yogbo and Udei which share borders with Doma local government Area of Nassarawa State. This road will in no measure salvage the volatile security situation that has characterized this border Areas occasioned by incessant herdsmen and banditry attacks.”

Sachia therefore, enjoined the construction company to closely co-operate with the Ministry of Works and Transport to ensure strict compliance to specifications and the contractual agreements.