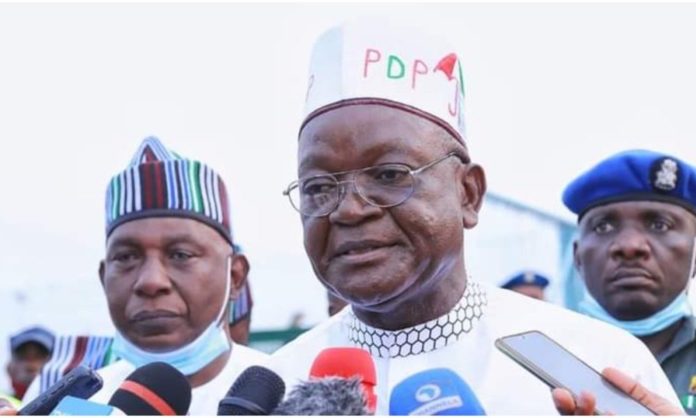 Governor Samuel Ortom of Benue State has condemned the killings of two pastors in Ochoro community, Konshisha Local Government Area of the state.

Ortom charged security operatives to arrest those responsible for the killing of two pastors, Moses Ijoko and Emmanuel Aleje.

The Governor, in a statement by his spokesman, Tever Akase, described the incident as unacceptable.

He urged the Chairman of Konshisha Local Government and other stakeholders in the area to ensure that the killers and their sponsors are nabbed and made to face the wrath of the law.

The Governor warned those jeopardizing the state government’s efforts to end the crisis between Konshisha and Oju that they won’t escape justice, no matter who they are.

He reaffirmed the resolve of his administration not to surrender the state to criminals and appealed to Benue people to support security agencies with timely and useful information to enable them to succeed.

Governor Ortom called on the people of the area to remain calm and gives assurance that the boundary between Bonta and Ukpute will soon be demarcated as the committee set up to facilitate the demarcation has concluded arrangements for the process.