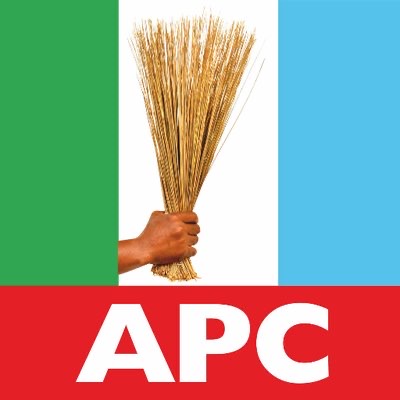 The Benue State chapter of the All Progressives Congress (APC) in Benue State has inaugurated its recently elected state officials.

By this inauguration, the newly elected officials are to run activities of the party in the state for the next four years.

It would be recalled that the new officials were elected on 16 October,2021, at the APC state elective Congress to run activities of the party, with Augustine Agada as Chairman.

The Agada led state officials have now statutorily taken over from the pioneer chairman, Comrade Abba Yaro, who had been on seat for almost eleven years.

Agada was eventually sworn-in at the APC National Secretariat in Abuja, after a series of petitions and legal battles against him by his co-contestant for the Chairmanship seat, Barr. Omale Omale.

Agada who performed the swearing-in ceremony of other Benue State party officials at the state APC Secretariat in Makurdi on Tuesday, thanked the leader of the party, Senator George Akume for ensuring that the APC in Benue remained strong and united.

He promised that the newly elected and inaugurated officials under his leadership would work assiduously to rebuild the party and reclaim the mandate in the 2023 general elections.

“We thank God today for the gift of life and inauguration of the state executive to run the party for four years.

“We also commend the leader of our party Senator George Akume for ensuring that the APC in Benue remained strong.

“We are not the best but our election was made possible by God and stakeholders who had stood behind us to attain this position.

“My team and I will leverage on past achievement of the party to ensure its successes.

“My first assignment as chairman is to reconcile aggrieved members and bring those who left into our fold again to achieve Victory in 2023.

“From today, I declare the broom revolution and urge all party faithful to be disciplined, to promote peace, unity and justice, on which the foundation of the party was built,” he added.

Also speaking Senator George Akume, who was represented by his wife, Regina, appreciated the support given to him by members of the APC in the state.

The Minister of Special Duties and Intergovernmental Affairs posited that the APC will reclaim the state in 2023, assuring that by May this year, before the primaries, the party will almost be exploding with membership.