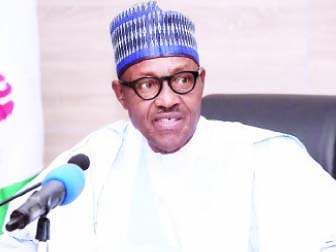 President Muhammadu Buhari has wished Nigerian athletes participating in the Beijing 2022 Olympic and Paralympic Winter Games success at the competition.

According to a statement by Special Adviser to the President on Media and Publicity, Femi Adesina, Buhari said he trusts that Nigerian athletes participating in different events will excel at the competition, surpassing the previous record in PyeongChang, South Korea, in 2018, when the nation competed for the first time.

He said recognises that the Olympic Games is a platform for closer friendship and cooperation between countries, expressing sincere hopes that all athletes, in the pursuit of their Olympic dream, would promote the core values of the Games: excellence, friendship and respect.

The President congratulated China on hosting the Winter Olympics, lauding Beijing for making history as the first “dual Olympic city” in the world’s Olympic history, having hosted the Summer Olympics in 2008.

As a friendly and brotherly country to Nigeria, President Buhari affirmed the support of the Nigerian government and its people to China.

He expressed the believes that with China’s rich experience in organising international events, the Beijing 2022 Winter Olympics, with the slogan “Together for a Shared Future”, will be delivered as a splendid, exceptional and extraordinary Olympic event for the world.