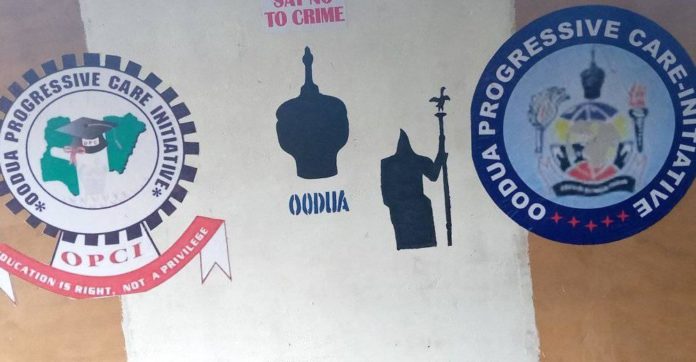 Yoruba social-cultural group Oodua Progressive Care Initiative (OPCI) has tasked the government at all levels to be more proactive in curbing the menace of insecurity that is ravaging all parts of the country.

The National President of the group, Dr Maruf Olanrewaju, made the call during the national meeting of all the state coordinators of the group held in Ilorin, Kwara state capital.

Olanrewaju stated that “we have been saying it, as an organisation our own is to suggest solutions to the people in the position of authorities and offer ourselves for service, For instance in advanced countries when an organisation is having up to 500 members/followers, the coordinator of such organisation automatically become a stakeholder, especially on the issue of security, but unfortunately, people running government affairs does not see it like that in our country.

‘Let me take Kwara as an example, there was a time we submitted a letter to the present government in the state on the strategic way to tackle insecurity, when we noticed that the kidnapping of students which started in far North, later our neighbouring Niger state to the government, a proactive way before the menace penetrate our state but unfortunately no response or action taken by the government up till now.’

Dr Maruf, however, noted that as an organisation that take interest of citizens as paramount, the group will keep supporting and advising people at the helm of affairs in their own little way, said “security is very key to the success of any administration irrespective of whatever achievements such administration can be claimed to achieved.’

Responding to the question on killing of innocent persons for money rituals that is rampant in recent times, the OPCI president blamed politicians and film-makers for the increase of the menace said ‘love for money is something that can be traced to our politicians, for instance, when they are celebrating a birthday or and other similar ceremonies, they are fun of spending lavishly and post it on social media, driving very expensive cars, and mostly the desperate ones on the street always eager to live a similar life, and they don’t have kind of work that can give them such money and they eventually see rituals as the only means of getting such money.

‘Another people contributing to the menace is theatre practitioners (filmmakers) theses people are contributing a lot in a very negative way, although, to them, they think they are entertaining and educating people through their films with the kind of film they produce, whereby they are promoting ritual money-making by showing a film in which a person suddenly made money via rituals and start living an extravagant life and turn to celebrity in the society, it’s very obvious that some people would like to emulate such behaviour”

Dr Maruf, however, suggested censorship of films, moderate lifestyle by public office holders and proper home training for children as a solution to the menace of ritual killings.