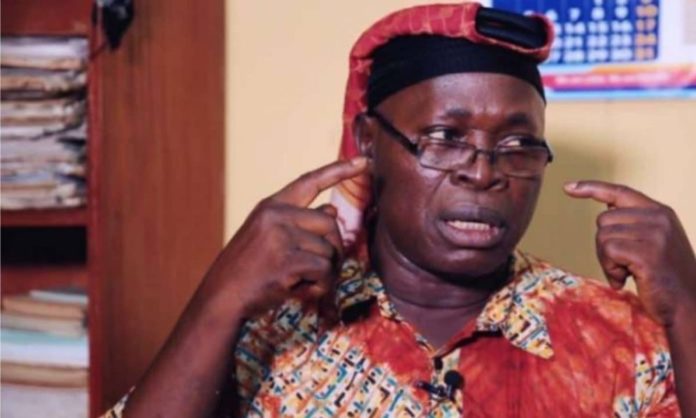 DAILY POST reports that in a statement issued on Wednesday, MURIC’s Director, Professor Ishaq Akintola, accused the governors of working against Muslims in their states, alleging that they have been sacking Muslims and replacing them with Christians.

Reacting, in a statement made available to newsmen by its President General, Goodluck Egwu Ibem, COSMBYLA warned MURIC against defaming the governors, describing the allegations as unfortunate.

COSMBYLA, an umbrella body of all the youth groups in the South East, South-South, South West and Middle Belt region opined that the statement by MURIC was politically motivated, stressing that the accused governors are all members of the opposition Peoples Democratic Party, PDP.

“Such statement by the Islamic cleric is a defamation of character and character assassination of the persons involved. People who are leaders should be mindful of their utterances in public so as not to cause disaffection among Nigerians which might lead to a breakdown of law and order.

“A leader and elder should exhibit wisdom and maturity in words and character at all times. The statement by the Islamic cleric falsely accusing these great leaders is not befitting of a man of his standing.

“It is quite unfortunate that such unfounded and hasty conclusion is coming from a man who should know better about the dynamics of governance and the people he mentioned are men of proven track record of integrity, diligence, due process, detribalised, professionalism and good administrative acumen that will not allow themselves to be involved in any form of religious or ethnic profiling.

“Though we do not speak for any political party, the accusation by the Muslim cleric suggests clear political profiling. All the governors he mentioned in his statement are all Peoples Democratic Party, PDP, governors who have performed very well in their various states. This is politics at work here.

“The entire attack on these dynamic governors is purely an attempt to drag their hard-earned reputation to the mud and at the same time score cheap political points.

“If Ishaq was speaking out of patriotism and love for his country, he should have also named some governors who are Christain haters taken into cognizance that Nigeria has two major religions and other religions as well. But he decided to be lopsided in his assessment of religious haters.

“The answer is no. For doubting Thomases who may have believed Ishaq’s false alarm, below are some of the names of those appointed by Governor Samuel Ortom in Benue State.

“Without any equivocation, we make bold to say that the governors are not working against Muslims in their States but are performing their constitutional duties as required by law and constitution of the federal republic of Nigeria which they swore to protect.

“We challenge Professor Ishaq Akintola to publish the names of Christians appointed by governors who are Muslims in their various states, lets’s see who the real haters are.

“We call on the governors of Rivers, Oyo, Benue and Taraba States to disregard the poor sense of judgement of the Islamic cleric who wants to generalize a private matter as a public matter”.