The Bauchi State Police Command has arrested nine suspects for alleged robbery and other offences in the Bauchi metropolis.

This is contained in a statement by the command’s spokesman, SP Ahmed Wakil, on Thursday in Bauchi.

He said that operatives of the command apprehended the suspects on January 15 in connection with robbery and attacks on residents of the area.

“The command acting on credible intelligence that some restive youths locally called ‘Yan Sara -Suka’ came out in mass in parts of Bauchi metropolis.

“The suspects armed with weapons unleashed terror on innocent citizens and looted shops at Kobi Street,” he said.

Wakil said the command had arrested one Umar Abubakar 21; at Nabardo village in Toro Local Government Area of the state.

He said that operatives of the command recovered a locally made revolver with three 7.62mm live ammunition from the suspect.

The spokesman said the preliminary investigation showed that the suspect obtained the gun about two years ago and claimed to have fired one bullet while chasing cattle rustlers in Mangu LGA of Plateau.

Meanwhile, the command on January 13 arrested one Abdul Mohammed in possession of a stolen vehicle.

“The suspect alias (PA) was in possession of a stolen Toyota Corolla LE car with registration number NSR 510 TY, ash in color.

“On interrogation, the suspect claimed to have received the vehicle from one, identified as Haruna of Biu in Biu LGA of Borno, who is now at large.

“The suspect received the vehicle for onward delivery to one Ibrahim Babaji, 30, of Misau town in Misau LGA of the state.

“Babaji said that he purchased the car from one Barau Alim Tela, who is also at large,” he said. 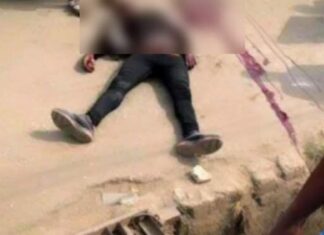