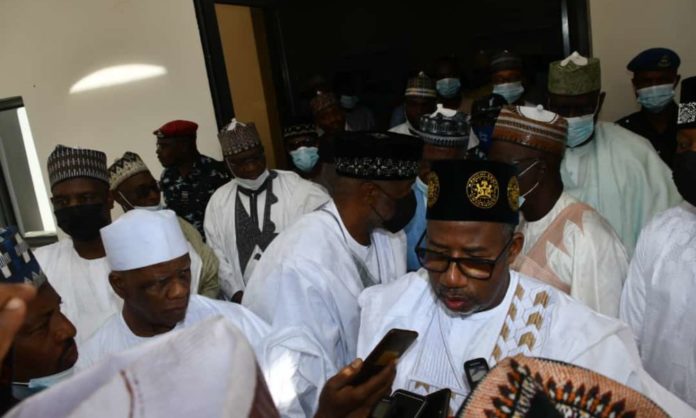 The Committee set up by the Bauchi State government on the review and implementation of reports of Justice Babalakin, Shehu Awak and Justice Bala Umar on the creation of Sayawa Chiefdom has recommended its creation.

Speaking on Friday night in Government House Bauchi, the committee while submitting its report said to bring lasting peace in the Tafawa Balewa/Bogoro axis, the committee must do serious work to address the problems.

The committee while submitting its report said, “all the previous Committees of Justice Babalakin, Shehu Awak and Justice Bala Umar and General Sabo recommended the creation of the Sayawa Chiefdom, and now our Committee has made the same recommendation to address the agitation for self-determination by the Sayawas.

According to the Chairman of the Committee, Ambassador Jibrin Dada Chinade, “The Committee recommended that the proposed Sayawa Chiefdom be comprised of the whole of Bogoro Local Government area with the provision that non Sayawas within the Local Government be allowed to decide whether or not they want to be part of the Chiefdom through a referendum to be conducted by the State Independent Electoral Commission”

The Committee further recommended how the State Government would identify where the headquarters of the proposed Sayawa Chiefdom should be located;

According to it, recommendations have been made on the eligibility of persons to be appointed as Chief for the proposed Sayawa chiefdom, the process of selection of the pioneer and subsequent chiefs for the Chiefdom and the composition of Sayawa Chiefdom Traditional Council.

Also, an appropriate recommendation has been made for the resettlement of persons displaced from Tafawa Balewa town as a result of the series of crises in the town.

The Committee recommended that the subsisting 2014 law on the creation of Sayawa Chiefdom (as amended) should be further amended to accommodate the Committee’s recommendations stressing that, “To this end, a bill seeking for the amendment of the relevant sections of the law should be sent to the State House of Assembly for legislative action”

”Also, in the spirit of reconciliation, Government should grant amnesty to those indicted in the previous reports and be recommended for investigation and subsequent prosecution if found culpable.

”Government should in future ensure speedy investigation and prosecution of culprits to serve as a deterrent to others.

”Government should also establish skill acquisition centres across the state to engage the teeming youth and reduce youth restiveness and re-constitute the inter-Religious council at both State and Local Government Levels in the State”.

According to the Committee, Since it is the wish of the Sayawa stakeholders that the proposed Sayawa Chiefdom be called “Zaar Chiefdom” and the Chief Gung Zaar, the Committee has no objection.

While receiving the report, Bauchi State governor, Bala Mohammed made it clear that his government has no prejudice for or against any of the parties involved in the tussle for the creation of Sayawa Chiefdom.

Mohammed emphasized, “Our concern is to broker peace among the various stakeholders and ensure peaceful coexistence among the heterogeneous ethnic and religious groups in Tafawa Balewa and Bogoro Local Government Areas”.

He said, “From the address of the Chairman of the Committee, I have the feeling that the Committee has done a thorough job that would assist the Government in finding solutions to the problem of creating the Sayawa Chiefdom once and for all”.

He added, “It is evident that members of the Committee deployed their wealth of experience and knowledge to meticulously carry out the assignment based on the terms of reference given to them”.