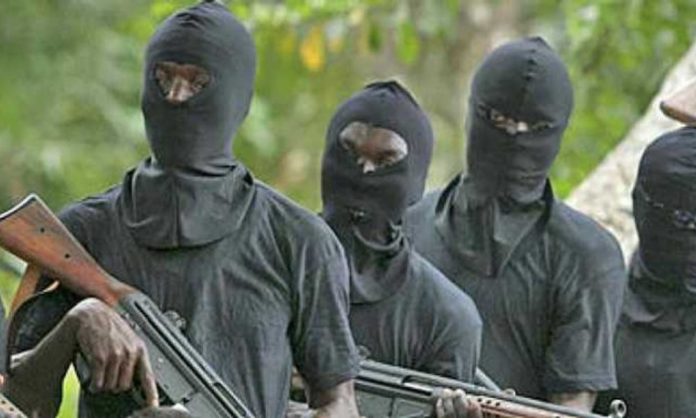 The woman and her baby were said to have been abducted by heavily armed gunmen in the middle of the night, while her husband was away from home and taken to an unknown destination.

The Joint Task Force stationed at Boi, in a statement made available to journalists on Tuesday, informed that the woman and her baby were kidnapped and taken to an undisclosed location on Monday night.

“At about 12 hours, villagers reported to our office the abduction of one Kadijah Audu Ardo by heavily armed gunmen.

“We quickly mobilised our personnel and moved to the community. As of now, we are doing everything possible to secure the life of the woman and her baby,” the statement read in part.

A resident of Tsamiya village in the area, Mr. Joel Tuta, told journalists that people in the area now live in fear following the abduction.

According to him, “We are living in fear since this incident took place yesterday (Monday). The gunmen came in the dead of the night and took away Khadija and her baby.”

While speaking on the abduction, the victim’s husband, Mallam Audu Ardo, said he was not at home when the gunmen invaded his residence and took away his wife and child.

He then appealed to the abductors to release his wife and baby, saying that they are both innocent.

“I went to see my cows in one of the villages nearby and decided to pass the night there. I was not aware anything was about to happen.

“I was not at home when they came. I want to appeal to the kidnappers to please release my wife and her baby. They are innocent,” Ardo pleaded.

Reacting to the incident, the village head of Boi, Mr. Bala Ibrahim Likita, expressed shock, saying that it was the first time such a thing could happen in his domain.

“I’m shocked that for the first time kidnappers have gained access into my domain,” he said.

Efforts to get the Bauchi State Police Command’s reaction on the abduction proved abortive as of the time of filing this report as the command’s spokesman, SP Ahmed Mohammed Wakil, could not be reached.