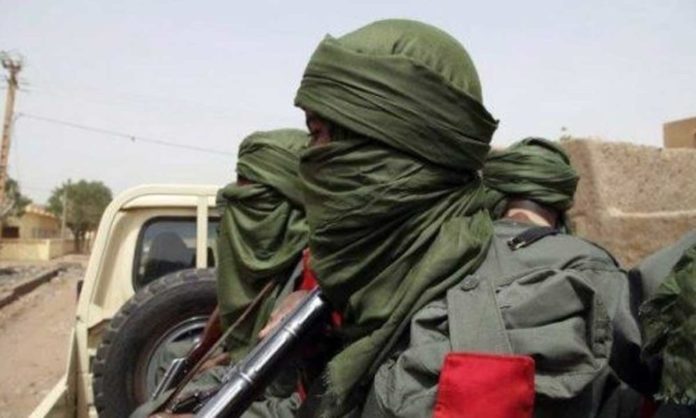 A dismissed police officer, Sergeant Muhammed Kadade, on Saturday, in Kaduna, berated the Federal Government and those who have indicated interest to face Russia in the current war against Ukraine to deal with banditry in Nigeria first.

Ukraine had called on those interested in assisting in the ongoing war to approach the Ukrainian embassy in their respective countries. Over 100 Nigerians have besieged the embassy in Abuja.

However, many Nigerians and critics have advised them to first, fight banditry and insurgency in Nigeria.

Kadade, while speaking with DAILY POST on Saturday in Kaduna said, Nigeria is not a serious country, as everything is politicised.

According to him, the country has brilliant officers and men that if given a free hand, will eliminate all criminals within a week, but there are indications that bandits, insurgents and criminal elements were created by politicians who want more power to themselves.

According to him, there was never a time the present government asked for the input of experienced retired military, paramilitary personnel in the fight against insurgents.

He said experienced and brilliant military personnel are often discouraged, marked for elimination if he delved into killing insurgents.

“We are in a country where Government does not care about the welfare of people. Banditry and other criminal activities going on in Nigeria is a creation of politicians. Most of those criminals are from a particular Local Government in Nigeria. The local people know them, senators, house of representative members know them. The traditional rulers in their respective communities know them. They know much more about their environment than a neutral person. These criminals can be called to order. They can expose them, if they want to ensure criminal free, in their respective communities. But, nobody is saying anything. They only cried crocodile tears, pretending,” he said.

He added that the fight against criminals must start from villages to communities and large towns in the state before Federal Government comes to help.

“But, you will hear the community crying, the state shouting and all they can do is to run to Abuja to demonstrate their crocodile tears, knowing what they are doing in their respective states,” he said.

He said Nigerians are highly intelligent, skilled and well versed in criminality and pretence, compared to most European countries are very straightforward and have no hidden agenda in their dealings with other countries.

“As far as I know, Boko Haram, bandits, is a child play, compared to fight between Russia and Ukraine,” he said.