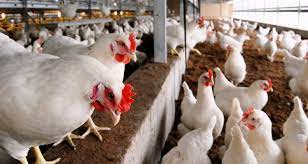 The Kebbi State Government has assured the people of the state not to be panicking over the discovery of the Avian Influenza in two farms in two local government areas of the state.

Commissioner for Animal Health and Husbandry, Alhaji Aminu Garba   DanDiga confirmed the discovery of the disease in the two farms while speaking with the newsmen after inspected the affected locations alongside Epidemiologists.

According to him, “I want to thank the Governor of Kebbi State for his relentless efforts to make sure that the citizens of Kebbi state are been fed with healthy meats, birds and providing health facilities to the people of the state.

“Just of recent, we received a report of bird fluid, Avian Influenza in which we  deployed our medical team to the affected areas. They went there, took the samples, and we got the results. We wrote the Governor and he gave the approval for immediate fumigation of the whole state. Livestock’s – markets have been fumigated, manure Merchants, Livestock’s Merchants, Health workers are now being engaged in various communities which also includes Ministry of Health and Ministry of Animal Husbandry and Ministry of Environment and Solid Mineral.

“We are putting our heads together under the directive of the Governor. The experts have started fumigation today and sensitization, awareness are now being carry out on how to handle this disease. The Avian Influenza, the flu, which is also an epidemiology disease, is found in bats, animals and transfer to human from animal, vise visa”.

DanDiga who allayed the fear of people, said the people of the state should not panic  as the state government have started fumigation as well engaging experts to ensure the disease were contained.

He said; “  it is only two Poultry farms that were affected in which, they have been contained and the whole state are being fumigated”.

While speaking on the development, Dr. Ahmad Muhammad Aliyu, an Epidemiology and Disease Reporting Officer at the Department of Veterinary Services, Kebbi state Ministry of Animals Husbandry, explained that there was diseases outbreak in the state which he called ‘bird flu’.

“Two farms were affected in the state which , on reporting to us, the Ministry immediately  prepared  team of Epidemiologists  to the sites. Samples were carefully collected, sent to the Laboratory in Jos and the results came back to be positive of the Hpi.  And, these affected two farms in the state in two Local government areas so far”.

He said that the situation in Kebbi state is under control with the containment measures put in place by the state government stressed that, the disease could affected Pigs, Horses, Donkeys and the likes.

He added that, the most concern now is that Dogs and water-fowls  birds are the reservoirs of the disease because the disease could not killed them or making them sick for their entire lives  because they would not  showing any  symptoms.

Ahmad advised the residents of the state to avoid close proximity with the water fowls birds and other carrier animals stressed that, the Ministry has not recorded any human infection so far.