Three persons were reported to have died in Aba, Abia state on Monday following a fatal auto crash that occurred in the city.

This is even as another person was said to have died Sunday evening as a result of electrocution occasioned by a torrential rain that swept across the city.

The accident which took the lives of three persons whose identities could not be immediately ascertained, occurred on the popular Okigwe road in Aba.

The vehicles said to have been coming in opposite direction on top speed, were reported to have had head-on collision at about 2am on Monday.

Two occupants of the vehicles died on the spot, while the third, died at a private hospital where he was taken for medical attention.

Other occupants of the vehicles, including women were said to have sustained various degrees of injuries.

Investigations revealed that drivers of the cars were coming back from night clubs and might have been driving under the influence of Alcohol.

Meanwhile, a man lost his life in the Ngwa/Ohanku Road axis of Aba on Sunday following a torrential rain that swept across the city.

The man, said to be a native of Item, in Bende Local Government Area, but resident on the Okoro Road axis of the city was said to have died as he was returning from an outing and stepped on a naked electricity cable unearthed by the surging flood.

Many property were reported to have been destroyed by the flood. 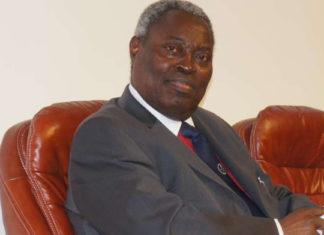