When commercial banks began licensing Point of Sales (PoS) operators, they did not envisage a fierce challenge from the Automated Teller Machines (ATM), domiciled in bank premises and other strategic places.

Mrs Salamatu Maigari said she opted for PoS after she lost three credit cards to ATMs. This left her stranded at a moment she was in desperate need of cash: “Ever since my ATM cards were swallowed at three different occasions by ATMs, I prefer to use PoS.

“I pay a little extra for the PoS services. But it is better than the stress of getting a new ATM card. Once the machine swallows your card, it becomes damaged and useless.”

Another customer, Mr Philip Amadi, mentioned insecurity as his fear for preferring PoS: “I closed late from my office in Garki one evening last year and decided to use the ATM close by as usual. Just as I was about to retrieve my card after collecting the money, two men appeared behind me from nowhere.

“One of them quietly showed me a pistol behind his belt. They collected the cash I withdrew, instructed me to withdraw up to N50,000 more and collected my two phones before they quickly disappeared on a motorcycle. Since then, I make my withdrawals at the PoS around my house when I get home while I go to the bank for over-the-counter withdrawal when I need a huge amount.”

Miss Rita John said she prefers to use the PoS because of their convenience and proximity: “I prefer to use the PoS because it is more convenient for me. There is no ATM around my area. I will need to drive or take a cab several kilometres away to use an ATM. Also, with the PoS I do not need to wait in the queue. Once one PoS is busy, I move to the next because they are everywhere.”

Emmanuel Audu runs a PoS kiosk on Airport Road, Lugbe. He makes between N10,000 and N40,000 profit daily: “What I love most about the business is the fact that it is less stressful compared to other jobs

and businesses I was involved in the past. It is also less capital

“I only spent about N150,000 to get the PoS machine and set up my shop. Now I make more than that amount in one month. It is quite risky due to bank and cyber theft but it is a profitable venture.”

Another operator, Samuel Jaja, said: “There are over eight operators on my, yet I do not fail to meet daily target sales and profit.

However, the proliferation of the business has slightly affected turnover. Though I meet my target, I no longer exceed it as I used to.”

Some residents expressed reservations about PoS. They cited security concerns and high charges as their reasons. One of them, Mr Sambo Ladan, said: “I do not use the PoS unless it is an emergency and there is no ATM close by.

“I have had an experience where an unauthorised amount was deducted from my account after using an ATM in Lokoja, Kogi State, while I was traveling. Also, I like to withdraw my money in bulk most times, and using PoS attracts charges that I consider too high.” 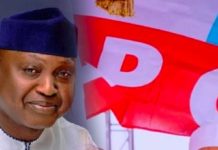 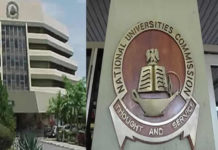 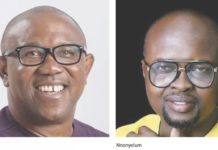