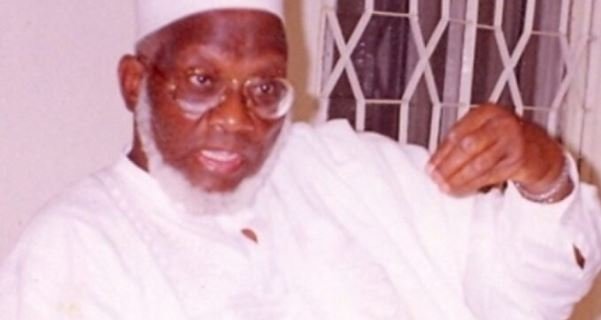 President of the Supreme Council for Sharia in Nigeria, Ibrahim Ahmad, died in Kano State Thursday.

Ahmad, who refused to join a committee set up by former President Goodluck Jonathan to dialogue with members of Boko Haram, died after a protracted illness.

The late Ahmad, presidential aspirant of the Social Democratic Party, was buried in Kano, according to Islamic rites.

Reacting to Ahmad’s death, the presidential candidate of the Peoples Democratic Party in the 2019 election, Atiku Abubakar, said, “I am saddened by the passing to the eternal glory of the President-General of the Supreme Council of Shari’ah in Nigeria, Sheikh (Dr) Ibrahim Datti Ahmed.

“Sheikh Datti’s passing has left a huge vacuum. He will be remembered for his leadership and enormous wisdom with which he deployed in steering the affairs of the Council for Shariah. As a man of peace and a firm believer of the philosophy of “Live and Let’s Live”, Sheikh Ahmed Datti did his best possible to stay uncontroversial all through his years.

“More importantly, he never allowed himself to be dragged into matters capable of disrupting the fragile peace we enjoy as a multi-religious and multi-ethnic society.”

MURIC’s reaction was contained in a statement issued by its director and founder, Professor Ishaq Akintola, on Thursday.

MURIC said, “Dr. Ahmad Datti was an energetic Islamic activist of no small measure. A trained medical doctor, he was the president of the Supreme Council for Shariah in Nigeria. The deceased played a prominent role in the spread of Shariah in the Northern states of the country from 1999 onwards.

“A pragmatic Muslim leader, Datti encouraged Muslims to join politics in order to bring the teachings of Islam on probity, accountability and good governance to bear on politics and Muslim politicians. He practised what he taught by becoming an aspirant of the Social Democratic Party in the early 90s.”