Over the years, Nigeria has suffered the glitches of not just insurmountable challenges but deliberate ones, cleverly woven into a web of barricades by some overbearing elements whose job it is to plunder the country.

These are the enemies strategically planted by providence to ambush the peace, development and accelerated progression of the dear country.  They have their ancestry in history and had infiltrated our marketplaces, educational institutions, public offices, churches and so forth.

No wonder Osita Agwuna wrote a fierce newsletter, which was presented publicly as a lecture under the Chairmanship of Chief Anthony Enahoro in the year 1948. The provocatively blunt newsletter canvasses the call for a sweeping revolution, it borrowed the diction of Thomas Sankara in clamouring for a total overhaul of our different sectors while laying to rest the factors which gave birth to the general strike of 1945, the Burutu Strike of 1947 too.

The radical Zikists, who convened in the year 1946, launched the first-ever audacious attack against the anti-people and highly traumatising policies of the British. They mobilised the Nigerians of that time against the system in place: this was by dissuading them from paying tax to the British but the National Council of Nigeria and the Cameroons; they canvassed against their obeying their security forces too.

From the era when the “Call For A Revolution” was prominent till the time when there is a need for Nigeria has refused to be delivered from the shackles of the myriads of intrigues militating day and night against the soul of the most populous African Country. Democracy, a medicine believed to be the only balm on her woes was reinstated after courageous Nigerians fought earnestly for it.

The year 2015 election produced the President, Major General Muhammadu Buhari (retd.), who was believed to have led the Battalion of Nigerian soldiers who chased Mohammed Marwa, best known by his nickname Maitatsine, and his radical militant group, Yan Tatsine, to oblivion. Buhari, instead of levelling up to the expectation of Nigerians, by chasing their challenges to hell, has enthusiastically built around himself a cadre of ignorance. This cadre is a contagious one, parasitically sharing a symbiotic relationship with every sector in the country at the same time.

One of the important sectors hibernating is the educational sector. The Academic Staff Union of Universities has been locked in an interminable strike since February. The Senior Staff Association of Nigeria Universities started its agitation with a picket, which later culminated in a strike in March. Other affiliated unions followed.

Some of the demands of SSANU include the inconsistent issue of Integrated Payroll and Personnel Information System, unpaid earned allowances, delay in the renegotiation of FGN, SSANU, Non-Academic Staff Union of Educational and allied institutions agreements and non-payment of minimum wage arrears.

A compassionate president with the interest of the people at heart will not have been junketing different countries while the future leaders are at home, wasting away. Buhari remorselessly closed his eyes to his responsibilities and cared less about the lives being wasted in the country every day.

The man, who could not be gentlemanly enough to honour or adequately renegotiate the agreement signed with the lecturers by his predecessor, has goofed with the calibre of distracted ministers he earlier committed the job with. The constitution of the Nimi Briggs Committee appears not to be yielding any result, this is despite the wide applause that greeted it.

As of today, the Nigeria Labour Congress through its President, Ayuba Wabba, has revealed how the National Working Committee of the union felt there is no glaring improvement in the engagement between the Federal Government, ASUU and other affiliated unions. They threatened to lead a one-day protest to force the hand of the government. This was corroborated by Prof Emmanuel Osodeke, ASUU President, who also confirmed that they have not been invited.

In the coming days, Buhari is enjoined to vacate the office. This is in the interest of the progress of the country. It is inconceivable that a country as big as Nigeria has a docile president who could not resolve the issue between his government and the workers. That Nigeria is going through a recession is not strange but her intentionally stifling her human capital by withdrawing her own education from her citizens is dangerous. 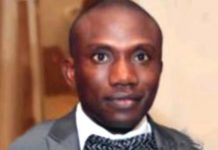 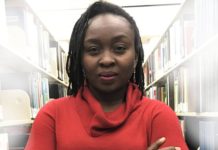 Beyond the Pyrates’ offensive song 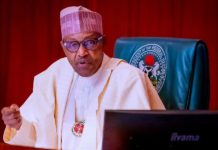