The Academic Staff Union of Universities (ASUU) has extended its ongoing strike by two months.

ASUU made the decision at a prolonged meeting of the National Executive Council (NEC).

The meeting held at the union’s national secretariat at the University of Abuja started on Sunday and ended early Monday morning.

The union accused the Nigerian government of insensitivity and peddling lies.

A member of the NEC who preferred anonymity to avoid sanctions said;

“Yes, we have extended the strike by eight weeks pending when the Nigerian government would find the university system worthy of the desired attention.”

The source added that: “A statement is currently being drafted to that effect. We will make it available soon.”

ASUU had earlier warned the Nigerian government against misleading the public.

The union denied the alleged failure of its proposed University Transparency and Accountability Solution (UTAS), by the National Information Technology Development Agency (NITDA).

ASUU President, Mr. Emmauel Osodeke, said this in a statement made available to newsmen on Sunday in Abuja.

Osodeke was reacting to recent statements credited to both the Minister of Communications and Digital Economy and Director-General, NITDA that UTAS had failed the integrity test.

“This press statement is necessitated by the need for ASUU to put the records straight on the grounds already covered in our patriotic struggle to get the government to deploy UTAS as a suitable solution for salary payment in our university system.

“Let us put it on record that an integrity test was carried out by NITDA on Aug. 10, 2021 in NUC where relevant government agencies and all the end-users in the University system were present.

“At the end of the exercise, all, without exception, expressed satisfaction with UTAS as a suitable solution for salary payment in our universities.

“This was attested to by the report coming from NITDA then to the effect that UTAS scored 85 per cent in User Acceptance Test (UAT), ‘’he said.

According to him, in a curious twist of submission, the NITDA Technical Team, after conducting a comprehensive functionality test came out to say that out of 687 test cases, 529 cases were satisfactory, 156 cases queried and two cases cautioned.

He added that taking this report on its face value, the percentage score was 77 percent.

“The question that arises from this is: Can 77 percent in any known fair evaluation system be categorized as a failure?

“Suffice it to say here that some observations and questions were raised by NITDA to which UTAS technical team has to provide clarification. As we speak, our engagement with NITDA over the second round of testing continues.

“The union is worried that while this exercise is going on, the Minister and the DG, NITDA went to press after FEC meeting of Wednesday, 9 March, 2022, to mislead the nation that UTAS has failed the integrity test.

“Clearly, 85 per cent and 77 per cent are high class grades in any known evaluation system.

“In their desperation to justify their false assertions, they threw up issues such as Data centre and hosting of UTAS software which are clearly outside the rubrics of ASUU’s responsibilities in the deployment of UTAS, ’’he said.

Osodeke said that ASUU and NITDA were still engaged in the testing process and that it was pertinent to note that one of the core mandates of NITDA is to encourage local content development. 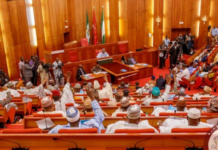